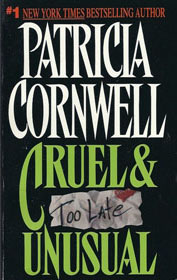 Well corroborated facts, suspense element, life like characters and latest technology used for crime solving are the major catches of Patricia Cornwell books. Best known for Scarpetta series, Cornwell’s books have been major influences in the making of T.V series like CSI: Crime Scene Investigation. Many of her books have repetitive characters, mostly Forensic Experts and lead Detective. Her own experience of working as crime reporter fuelled her passion for writing crime fictions. 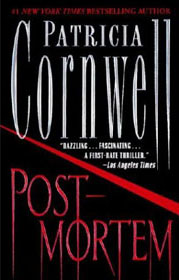 Cornwell’s debut novel was received very well by the readers and critics. It became the foundation for the Scarpetta series in which Dr. Kay Scarpetta details leading her to solve various crime cases.

Kay is investigating a murder case with detective Pete Marino, in which the victim is strangulated without any apparent reason. Both start assembling all the clues using latest technologies including DNA fingerprinting. With the killer at large after a chain of related murders, Kay finds the last clue and all the pieces fall into place. 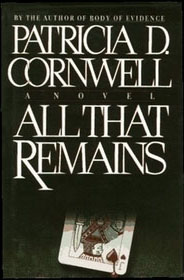 This Patricia Cornwell book is the third book of the Scarpetta series. The story is inspired by real murder case in Virginia. When the town is rocked by the disappearance and subsequent recovery of mutilated bodies of three pairs of lovers, the fourth case comes to Kay. Local politician Pat Harvey’s daughter and her boyfriend are missing and everyone is suspecting the worst might have happened.

After their bodies are recovered, Kay and Pete face difficulties in investigation as FBI profiler Wesley try to jeopardize the case by planting false evidences. With the help of a bullet in the victim, Kay makes a connection between these murders and three cold cases. Link is established and it leads them to the murderer. The end is a little unnerving as the victim’s mother tries to take things into her own hands. 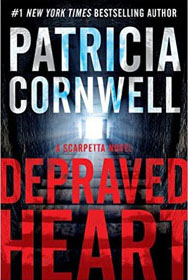 The 23rd book in the Scarpetta series, this is not just a case story as it involves events that have the potential of wrecking Dr. Kay Scarpetta’s entire life. Kay is left clueless when she receives a 20 years old video that shows her niece Lucy. The content shows that Lucy could face serious legal implications. Wesley, her husband and FBI seem to know much more than she does and she puts all her resources to pull out Lucy from the meddle. With her hands full with a murder case and the mystery of wreckage found undersea in the Bermuda Triangle, Kay juggles between duty and love to save everything that she has. 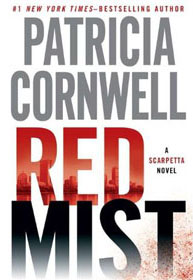 It is the 19th installment of The Scarpetta Series, where Kay is out to find out the truth behind the death of her superior, Jack Fielding. En route investigation, she decides to meet a women convicted of sex offense. Both old and new cases have strings drawn to Fielding’s death. Kay uses cutting edge forensic technology to read out all the evidences and fill the puzzle picture. The investigation starts locally only to unravel international roots. In the entire façade, not only the victims but Kay’s life is also on line.

The 4th book of The Scarpetta Series is a suspense filled surprise for the readers. When complex case points its fingers towards a dead convict, everyone including Kay is baffled. Series of murders occur in the style of dead convict Joe Wadell. But the case becomes complicated when Wadell’s fingerprints start appearing in all the crime scenes. After the crime enters her office too, she takes the help of niece Lucy along with Pete and Wesley to put the final nail in the case.