Fiction has many genres. Perhaps the most fascinating genre among these would be Magical Realism. Though it primarily deals with concepts or situations related to real world, a dose of magic or marvel is added to give it a different feel altogether. This genre of Magical Realism which is also termed a Fabulism, is not only popular in literature but also finds a prominent part in painting, film, theatre etc. These works of Fabulism are often stated to make readers more excited and rejuvenated. After all, a small dose of magic doesn’t do much harm in anyone’s life as long as it stays in the Isabel Allende books they read.

Belonging to this literary tradition of Magical Realism or Fabulism, Isabel Allende is perhaps the most prominent writer in the modern era. A Presidential Freedom Medal Awardee, Allende has gone on to make a name for her in the history of English literature by producing classics in the genre of Fabulism. Encompassing a wide range of languages like Spanish and Chilean apart from English, she was also a noted successful commercial writer which says much about her charm in literature that impresses critics and laymen alike.

1. The House Of Spirits 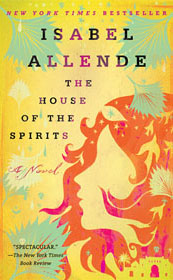 A scrumptious combination of magic, ambition, fate and thrill, this Isabel Allende Book takes the readers for a thrilling ride in its own style. Well known for her skills to weave a story around fascinating elements presented in a mundane world, Allende will surely impress the readers with this classic. Set in Southern America, this book deals with a family across three generations and the links in the form of emotions and fate among them. Filled with magic and thrill, the story opens up slowly and reveals the intricate connections among the generations. 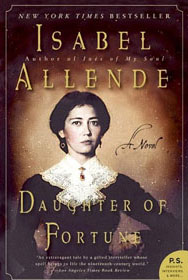 Read this Isabel Allende book to find out how a journey fuelled by love ultimately turns into a pursuit of life and liberty. This is the story of an orphan girl. Though orphaned she develops a personality filled with spirit and confidence. As her lover leaves in search of wealth, she survives to follow him only to discover that this pursuit is not limited to find her love, but has a greater dimension to it. Though not magical literally, the magic of finding freedom personally is nothing less than a marvel. 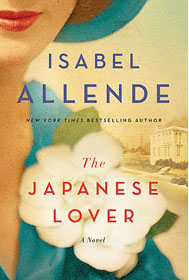 Whoever doesn’t believe that love is magical must read this Isabel Allende book. Filled with thrill, passion and emotion, this book treats us to a story of young lovers who ultimately grow old, only for their emotional relationship to grow stronger. Beginning with the times during World War 2, two lovers are torn apart due to reasons best known to war. Love is not just magical, but also seems very cruel to the people involved. Will they meet again? Read this classical love story to find out.

4. Island Beneath The Sea 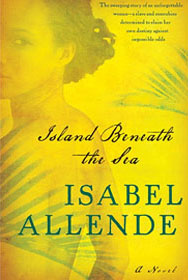 Throw a handful of match sticks on a table and notice how at the very least a pair has parallel orientation. Now apply this to the real world and it will take you no time to induce that destinies are like lines and many of us have parallel destinies in one form or the other. This has been perfectly portrayed by Allende. Dealing with slavery and inhuman conditions on one hand and manhood and success on the other, this Isabel Allende Book takes the readers for a ride during the late 18th century when two completely opposing but dependent worlds existed.

5. City Of The Beasts

As always Allende has crafted a masterpiece in this work of hers. Read this book to experience a geographical and spiritual journey based in the South American Amazon basin. Filled with magical, spiritual and geographical secrets, this journey also has a lot of discoveries waiting. Previously unknown, the readers are taken for a ride in the jungles and will surely feel lost in the wilderness.