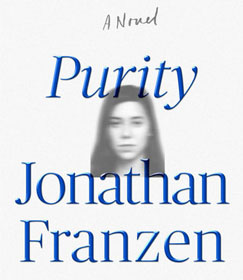 Jonathan Franzen is an ambitious and one of the best American novelist. A lot of his novels deal with stories of ordinary American families described in a compelling style. His characters are not super geniuses, they are not criminals nor do they possess great magical powers. Yet ‘The Corrections’ sold over 3 million copies all over the world. What makes his readers fall in love with his literary creations is his sheer empathy towards his readers. He is painfully sensitive in creating his characters. Here are five popular Jonathan Franzen books that will make you fall in love with American fiction.

‘Freedom’ is a  social-realist family drama. Set in the last decade of the twentieth century, the protagonists – Patty and Walter – are a middle-class couple. They have a daughter, Jessica and a son, Joey. Joey becomes sexually involved with a neighborhood teen and comes into a conflict with his parents. The middle section of the novel is a story within a story. It portrays Patty as an ambitious basketball player infatuated with an indie rock musician. The plot slowly unravels her infidelity during a short vacation. ‘Freedom’ has a lot of postmodern drama like breakups, heartbreaks, a failed marriage, campaign against overpopulation and solitude. However, Franzen is a master in portraying the silver line amidst the chaos with the couple reuniting and moving to New York for a better life. It took him nine long years to finish this classic. The novel has a compelling storyline delving into morality and offers social realism as a means to achieve the American Dream. 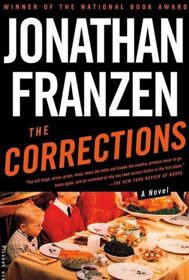 Published in 2001, it reverberates around the anxieties of an elderly Midwestern couple and their children. The story is relatable to many Americans as they themselves dealt with the anxieties that erupted post-September 11 terrorist attacks. The plot hops between the past and present, chronologically unraveling each character.  Alfred Lambert, the patriarchal head of the family, suffers from Parkinson’s disease after they moved to the East Coast. Gary, the eldest son is a financially successful drunkard. Chip, the younger son, is a Marxist who loses his academic job due to a disastrous affair with his student. Denise, the youngest member of the family, had troubles in her life due to her separate secret affairs with her boss and her wife. The title of the novel, ‘The Corrections’ is apt as it portrays the declining morality with the advent of the economic boom in the late 90s. There are many aspects concerning the book, like a thriving service sector in the US, the political and social difference between US and Lithuania. The novel was awarded National Book Award in 2001.

This is one of the recently published novels that tells the overlapping tales of several different people of multifarious backgrounds. Purity Tyler, raised by a reclusive mother, has $130,000 student debt. Dissatisfied with her job and dejected by her love life, she vies for something new. She is recruited by an anti-nuclear activist who promises to help her find her father. The storyline follows the motif of Franzen’s previous publications. The characters unravel chronologically and disappear and ultimately, they have to confront each other. However, unlike the previous books, the language is chatty and informative. There are instances of spying and use of latest technologies like spyware and face recognition software. The mystery of the novel centers around a murder and Franzen is successful in holding the suspense till the last. 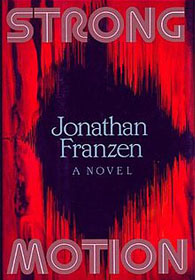 It is Franzen’s second novel. It is admired among the readers because of its thoroughness of research and its vehement social criticism. It also deals with a lot of debatable topics like feminism, abortion, malfeasance etc. The plot centers around the conflict over the inheritance of $22 million between Louis Holland and his sister Eileen and his mother Melanie. The large sum was left by his grandmother who died in an earthquake that struck Boston. Later, Louis falls in love with Renee Seitchek, a Harvard seismologist, whose discovery of the origin of the earthquake advances the storyline. 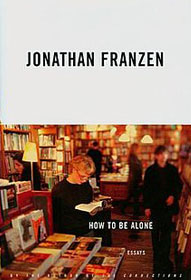 This is a collection of 14 essays most of which appeared in ‘The New Yorker’, ‘Harper’s Magazine’ and ‘Details’. The book includes an essay titled ‘Why bother?’, published in ‘Harper’s Magazine’ in 1996. It is an infamous essay on the novelists’ obligation to social realism. The essay ‘First City’ explores what it means to live in New York. Some of the essays can be referred to as self-help manuals. Nevertheless, his literary creations highlight his sheer brilliance and his defiance to the traditional writing styles. ‘How To Be Alone’, like other Jonathan Franzen books, clearly shows that Franzen is observant and has issues with Americans being unmoored from reality.

Jonathan Franzen is a prescient literary genius. His books mostly talk about the postmodern American society and in many of his books like ‘The Correction’ and ‘Freedom’, he talks of the damaging relationships between American parents and their children, a problem that aggravated with the economic boom. The issues he touches are often controversial and the characters he portrays are deep. Perhaps that raises his class as a novelist receiving applause from the likes of Stephen King.