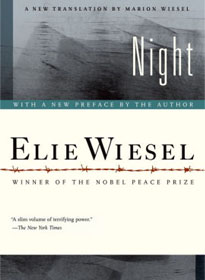 Elie Wiesel is an American-Romanian writer and the author of “Night”, the first autobiography of a holocaust victim and survivor. Being born a Jew, Elie was sentenced to the Nazi Concentration Camp towards the end of the IInd World War. He has also written over 57 fiction and non-fiction books during his lifetime mostly in French and in English. He passed away in July 2016. He was awarded the Nobel Peace Prize for his efforts to bring to notice the horrors he and his fellow Jews faced in the concentration camps. He is the co-founder of the New York Human Rights Foundation and throughout his life strived to support it. Here is a list of a few of best Elie Wiesel books.

Through this book, Elie Wiesel describes the horrifying experiences he and his father had to go through in the Nazi concentration camps at Buchenwald and Auschwitz. Unlike Anne Frank’s diary, this is an account from a survivor’s perspective. In this simple yet blood curdling narrative, Elie explores the darkest side of human nature. He narrates the terrible incidents that the Jews had to go through including the Gestapo and the torturous labour in a lyrical and fragmented style. He talks about surviving in a world that stripped him of all hope and sanity. Night is one of the most poignant and influential books on the holocaust and amongst the most interesting reads of the 20th century.

2. The Jews Of Silence 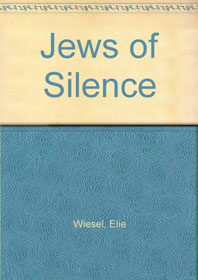 An Israeli newspaper, Haaretz, has sent Elie on a mission to the Soviet Union in 1965 in order to observe the plight of the Jews. They were forced to give up their religion and banned from practicing it in public. They were completely cut off from the outside world and stripped off their identities as Jews. They celebrated their Jewish festivals in secrecy. They longed to hear about life in foreign lands and this completely stumped Elie. It eventually led to the rise of a revolt in the West resulting in thousands of people migrating to Israel and other countries in 1980. This book eloquently describes the oppression faced by the Jews at the hands of the communist.

3. A Beggar In Jerusalem 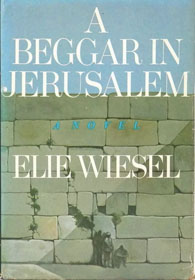 This Elie Wiesel book was originally written in French. In the aftermath of the Holocaust, Elie moved to France to work as a journalist. Ellie tells his story as a holocaust survivor in the perspective of a man named David who is the main protagonist of this tale. Several days after the six day war, David runs into a group of madmen and beggars outside the Western Wall in Jerusalem. They take him back through the horrors of the past and it’s connection to the future. It won the prestigious Prix Medicis award of France. It is harder to read than Night and has a lot of hidden messages. 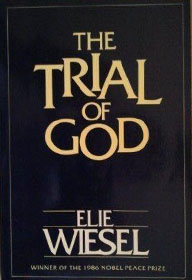 The trial of God is a play set in Ukraine. Only an innkeeper named Berish, his daughter Hannah and two Jews have survived the Cossack raids. One day, these actors come to town to stage a play and Berish demands that they showcase a mock trial of God, to question the existence of God in times when his own people are in trouble. Berish plays the role of the prosecutor while a mysterious man named Sam plays the role of God’s defender. Elie got the idea from a play on the same grounds that some men staged while in Auschwitz.

5. Souls On Fire : Portraits And Legends Of Hasidic Masters 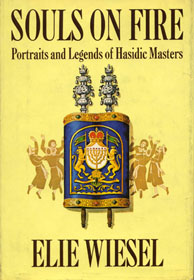 Even though the trials of the holocaust made Elie question his faith in God he could never let go of his fascination for Hasidism. This book is a collection of several Hasidic lectures from various leaders of the sect including the founder, Baal Shem Tov and several other kabbalists and rabbis. This book intertwines legends and history and approaches the age old question of whether God endorses his teachings through man.

Most of Elie Wiesel books are based during and after the World War II. They will tug at the chords of your heart in a way that no-one else can.