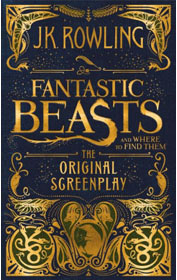 Harry potter has without doubt become a household name globally in the last decade or two. Harry, Hermione and Ron have become names synonymous with friendship and Voldemort has come to signify evil. Such large scale internalization of characters does not happen if the story does not enthuse the readers and takes them through a roller coaster ride of emotions.

Rejected several times by many editors, JK Rowling hit the ground running when her first novel Harry Potter and the Sorcerer’s Stone got published. With her next two books in the part of a 7 – book series, she made a mark in history of English novels by making it to the New York best seller list back to back. Her best selling Harry Potter series has also made it as commercially super successful series of films, which proves that JK Rowling book have been acclaimed in both the spheres of literature and popular domain.

1. Harry Potter And The Sorcerer’s Stone 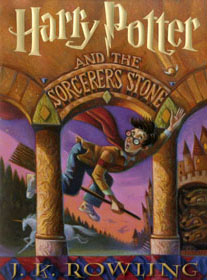 Legendary Harry Potter series which kicked of the Potter mania around the globe started with this JK Rowling Book. Infant Harry Potter’s parents are killed by the evil wizard Voldemort, whose name is not even pronounced in the magical world. Harry lives with his aunt Petunia’s mean family until things take a turn for the better surprisingly. The story deals with how Harry joins the famous magical school of Hogwarts and what happens in the year that follows.

Hogwarts is a place of fantasy where magical subjects like Transfiguation, Herbology, Potions etc are taught. Harry befriends Ron and Hermione who continue the journey with him during think and thin hereafter. He even gets to know that he is “The Boy who Lived” as he was the only one that Voldemort could not kill, instead was left powerless when he tried to do so. Harry solves a mystery involving a mysterious magical stone which leads him to the ultimate villain but in another person’s body. In this first piece of magic, readers are introduced to the world of Hogwarts and many of its fascinating characters. Filled with joy, humor, adventure and sentiment, this book by JK Rowling is easily the first any Potter maniac would pick.

2. Harry Potter And The Chamber Of Secrets 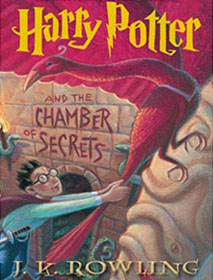 After a particularly horrible summer at his aunt’s place, Harry cannot wait to return to Hogwarts, which has become his eternal home of education and friendship. Not paying heed to the warning of an elf named Dobby, he returns to Hogwarts. But things do not go well for very long and students are being attacked by someone who believes certain students do not deserve to learn magic. Even Harry’s friend Hermione has been turned into a statue. Harry once again meets Voldermort, though in a different form, and fights him and his monstrous snake to save the day.

3. Harry Potter And The Prisoner Of Azkaban 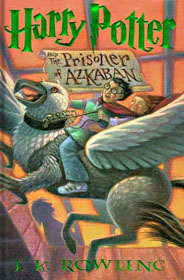 The third master piece in the JK Rowling’s Books of the Harry Potter series, this book is bound to take readers to another level in the Potter world, as many other characters come into play in Harry’s life. This book introduces readers to many new characters which even include dark mysterious creatures that suck the happiness out of people.

Sirius Black, a prisoner in the Azkaban prison, which is the most dreadful prison in the magical world, has managed to escape. But what does he mean to do? As the most loyal follower to Lord Voldemort even after all these years, does he want to hunt down Harry, who is the Boy who lived?

4. Harry Potter And The Goblet Of Fire 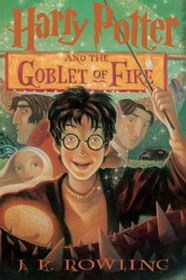 It kicks off excitingly with the Quiddith World Cup, a magical sport played on brooms, which ends in a disarray due to an attack of Lord Voldermort’s followers. This book showcases the exciting transformation of Harry from a boy to a young man. Even more exciting is the historic Tri wizard tournament for which his school is to play host. But how does Harry, a wizard who is underage, get his name popped out of the fire which selects candidates to compete in the competition? Read this book to get fascinated by the magical tournament and how Harry survives a trap just when he thinks he has won the competition.

5. Harry Potter And The Order Of The Phoenix 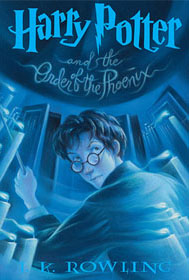 Surviving a horrible attack at the hands of Lord Voldemort, Harry has got no one believing that the one who is feared all around has truly returned and is increasing in strength. But the Ministry of Magic just strikes down them as mere rumors. But Dumbledore, who already knows that Lord Voldermort is bound to return, forms a group of wizards whom he trusts as a counter measure. Harry after rejoining Hogwarts starts to have upsetting dreams about his visit to the Ministry of Magic. What does this signify? Read this novel to know about an old prophecy that Death Eaters are after and how Harry loses the only family he has left.

6. Harry Potter And The Half Blood Prince 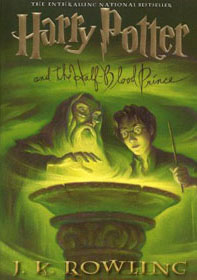 While the evil forces are gaining in strength day by day, Harry back in school finds a mysterious book with an even mysterious name on it. Immensely helped by the book academically, Harry grows interested in knowing who the owner is. Read this book to find out how “you – know – who” manages to survive even after repeated setbacks and where Dumbledore often goes missing. The readers must brace themselves for some unexpected turns and twists in the plot which is for sure going to make them cringe.

7. Harry Potter And The Deathly Hallows 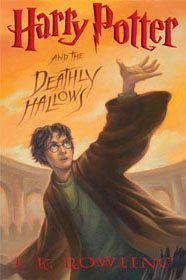 Things are not going well at any measure. Being attacked by Death Eaters multiple times by now, Harry soon realizes that where ever he lives, he is a threat to the family that hosts him and embarks on a journey to destroy Voldemort completely. In the process, he manages to weaken Voldemort and finally faces off with him at Hogwarts. JK Rowling reveals all the secrets hitherto untold and takes the readers on an emotional rollercoaster. 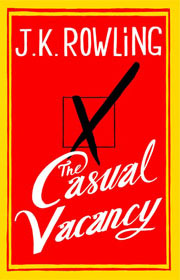 In this book, JK Rowling moves away from her niche genre of magic and fantasy to explore a seemingly new area of adult fiction. This remorselessly gritty and mundane book is written by her in what she calls the social – realist mode. The Novel takes place in the fictional town called Pagford and begins with the death of Barry Fairbrother, a councilman. This vacant seat is what kicks off the turn of events in the town. Centered on the council election and the consequences of malicious internet postings, there are more deaths that overwhelm the readers. 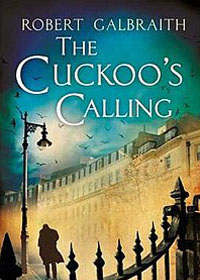 Turned down by publishers when Rowling was unknown to the world, this classic detective story features a quasi – disabled military veteran, his secretary and a beautiful woman who all have been murdered. Cormoran Strike, one legged half son of a rock star, is a private eye who is employed to investigate the apparent suicide of Lula, a supermodel. Are the murders related? Will Strike get to the bottom of things to know the why the murders have been committed and solve the suicide mystery? Read this classic detective novel to find out.

10. Fantastic Beasts And Where To Find Them

To go into a bit of history, Harry is given this book written by Newt Scammander apparently in his first year as a textbook. Though written by JK Rowling herself and though it deals with magic and stuff, this book is not an extension to the famous HP series and is completely a different story.

The protagonist Newt sets out to find several magical creatures he let loose with the help of his American friends. As the search begins, a number of sub plots carry the story forward besides where there are beautifully illustrious descriptions of magical creatures and their magical biology.