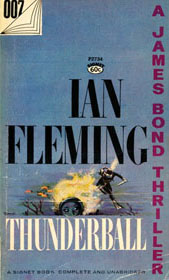 A book filled with heart throbbing actions and a racy story with ample of divulgence of the genius ideas of the protagonist is as much of an adventure as watching the movie version. Ian Fleming books are capable of hooking the reader till the end and the experience is nothing short of an adventure crafted with the vivid imagination of the reader. Taking experiences of his stint as Naval Intelligence Officer, Ian Fleming drafted his first spy thriller, Casino Royale in 1953 and hence James Bond was born. The character is a deadly mix of good looks, intelligence, with prowess of a tiger and swiftness of a commando. Most of Ian Fleming books have been adapted repeatedly into blockbuster movies. 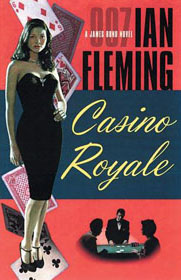 Fleming introduced Agent James Bond to the world; he works for MI6 and is on the mission to complete dangerous tasks assigned to him by the organization. Bond’s character seems cold and emotionless but for his involvement in romance with beautiful and deadly agents and girlfriends of the villains.

In his first mission, Bond is directed to destroy a rich, secretive Russian operative called ‘Le Chiffre’ by beating him in the game at a casino in France. His aim is to cut off the funding to SMERSH, a Russian secretive agency which is a threat to Western countries. He is aided by beautiful Lynd, CIA and French Intelligence Agency, Deuxieme Bureau. Love, deceit and a suicide presents different challenges to Bond. 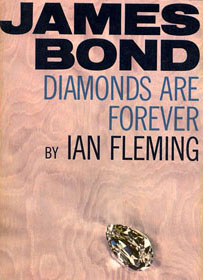 In the fourth novel by Ian Fleming, Bond is sent to Sierra Leone to bust a highly organized group of smugglers involved in diamond smuggling into U.S.A.  He enters the Spangled Gang as a petty smuggler and tracks the entire process of smuggling. The gang is ruled by Jack and Seraffimo Spang. Bond gets involved with a lady gang member and she helps him bust the smuggling pipeline. Bond traces back the developments in the mines in Africa where Dentists help the miners in smuggling diamonds which in turn is received by German pilot and sent to America and England.

It is a very familiar storyline with a very unpredictable series of events and the role of all the characters help in the closure at the end. 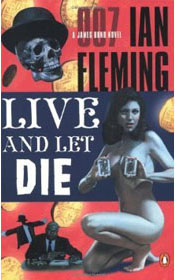 In his second mission, M has entrusted Bond with the responsibility to hunt down Mr. Big in New York City. The target is a SMERSH agent and also a voodoo enthusiast. Bond and his American counterpart Felix are captured in Big’s nightclub and interrogated. Big’s fortune teller Solitaire lies about the real identity of the captives and they are released. Along with Solitaire, they embark on the dangerous journey to unearth the smuggled 17th century gold coins and manage to kill Big. 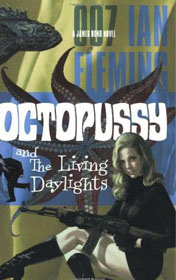 This is a collection of short stories by Ian Fleming which was published after his death. The major plots in the book are Octopussy and The Living Daylights.

In Octopussy, James Bond is sent to take a World War II Veteran, Mr. Smythe into custody for the alleged murder of a mountain guide. The murder is committed to cover up the secret of the stash of Nazi gold accidently found by the duo. Bond explores the strange life of Smythe and his pet octopus named Octopussy, before arresting him. Smythe is killed at the end when he suffers from a heart attack due to Scorpion fish sting.

The Living Daylights is a story with a lot of surprising element that is even shocking to Bond. As Bond is assigned with the duty of killing a KGB agent who is hired to kill Agent 272 from MI6, he patrols the area keenly with a sniper to help 272 safely cross West Berlin. Only thing that catches his attention is a blonde cellist among a group of orchestra that practices in the area every day. It shocks him when he discovers that the KGB assassin is none other than the cellist and ends up just averting her weapon instead of killing her.

An action packed book, the plot is about a joint collaboration of James Bond and Felix Leiter pursuing a major crime group known as The SPECTRE.

This group is behind the theft of two atomic bombs along with the special bomber plane and Bond is pressed against time to prevent any major apocalypse in the western world. In the Bahamas, Bond and Felix meet Dominetta who is SPECTRE member Largo’s mistress. Bond uses her to spy on Largo and extract crucial clues leading to the discovery of the bombs. A difficult battle ensues between Bond and Largo but Dominetta makes the save by killing Largo.