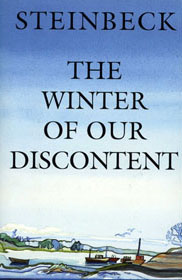 The vital element in anyone’s personality is the range of perspectives they have or how broad their outlook is when looking at or analyzing a particular issue. This is a globally accepted measure of being aware of surroundings which is plays a very important role both in personality development and employability. In this backdrop, there are very limited means by which one can broaden his or her outlook by acquiring a range of perspectives of which reading literature is one of the most important.

Very few authors possess the capability both in terms of knowledge and writing skills in order to broaden the outlook and truly reinvigorate the character and personality of their readers. John Steinbeck is undoubtedly one of the very few authors of English literature that has the above mentioned capacity and strength in his writing. This is why is considered a giant of western literature. 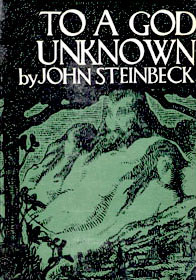 Considered a masterpiece among John Steinbeck books, this work of his deals with a man who is thriving for knowledge, not just any ordinary knowledge, but that which transcends the physical world. With a plethora of ideas he presents, John Steinbeck gets the readers thinking right away.

2. The Grapes Of Wrath 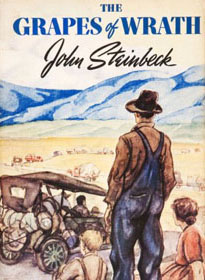 If there are any books that have a direct impact and influence on a country’s public policy, legislative and executive agenda, they must be very few. Well, this John Steinbeck book is one which had a similar affect in USA.

Based on a migrant family driven away from their original habitation, the story is set during the period when USA faced the Great Economic Depression. Intricately describing a society far from the ideals that the founding fathers had dreamt of, Steinbeck captures the emotions of those who are left behind in development both socially and economically. 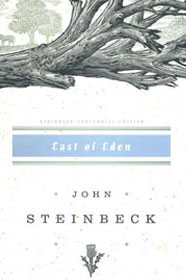 Partially based on his own life and partially imaginatively created, this John Steinbeck book has all the aspects that an intense, emotional and gripping story must possess. With the institution of family as a central theme, the story narrates all the aspects and emotions that are involved with the family. The way Steinbeck presents across his description of various emotions make this book a must read. 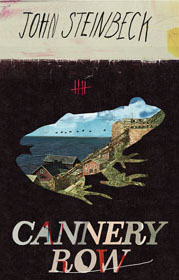 As the name suggests by itself, the whole story in this John Steinbeck book is based in and on a place called Cannery in California. While describing the people who inhabit it and what differentiates them from each other, Steinbeck develops a rather plot – less but gripping narration. In between, the main narration is decorated by short but powerful bursts of violent exchanges. 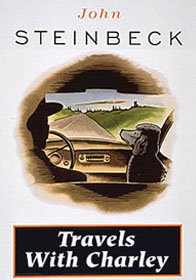 Very few posses the kind of passion and interest John Steinbeck shows upon the country which is the backdrop for all his works. Maybe inspired by the fast paced changes taking place across the country, he embarked on a journey to re investigate and understand what the new kind of life meant. This John Steinbeck book is the intricate and gripping documentation regarding the above mentioned journey of his. 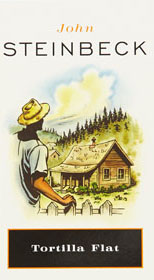 Based in an imaginary place in the state of California, this John Steinbeck book narrates the adventures of men who in fact search for adventures and live life to the fullest. Giving a break to readers from their daily routine of work and home, John Steinbeck narrates the story of men who are anything but monotonous. Grab hold of this book to enjoy wonderful description of love, lust, emotion and adventure.

7. The Pastures Of Heaven 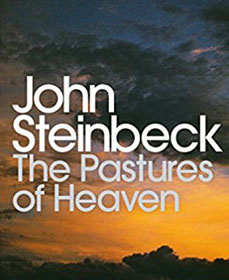 Set in the backdrop of his favorite area of California, he narrates how a family influences the outcomes of a set of tales. What’s more interesting is that the tales and characters involved in the tales are directly or indirectly linked to each other. Garnering the praise of not just common folk but also literary critics, this John Steinbeck books uses a combination of literary styles to make the plot more gripping and interesting. 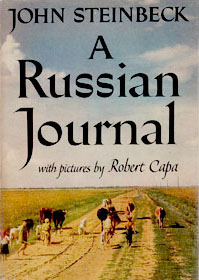 A master piece in both the fields of history as well as English literature, this John Steinbeck book is the almost perfect work of the journalist – writer duo of him and his friend. Based on practical ground level knowledge documented by them during their experiences in the Eastern Europe at the height of cold war, this documented work is not an enthralling experience for readers but also a guide in socio – economic history. Describing the various social and economic categories and their problems and victories after the war, this book provides useful insights.

9. The Crysanthemums And Other Stories 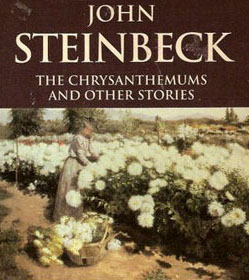 A tribute to feminism and gender equality, this book strives to capture what many others have failed to. Dealing with various aspects of gender subjugation and challenges a woman faces in a patriarchal society, it goes on to investigate the emotions and feelings of a woman. John Steinbeck truly succeeds in presenting the intricate emotions a woman goes through and makes us truly realize the need for gender equality.

10. The Winter Of Our Discontent

Fall of the feudal classes might have borne well for the entire world, but not for the feudal classes themselves. This John Steinbeck book is the gripping narration of a story related to a family that was once privileged but now lives from hand to mouth. Tantalizingly sorrow and complicated at the same time, this work describes the struggle of a man who is riddled with challenges like conflict of conscience and need.