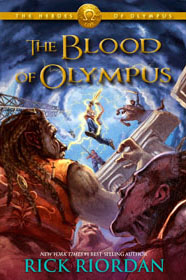 Young readers who are in the search of ancient mythologies with a new and modern twist, then Rick Riordan books are all they need. Rick Riordan presents a beautiful amalgamation of fantasy, mythology and detective fiction in all his works. Though his works primarily focus on young readers, these books can be enjoyed by old and young alike. Riordan has created many successful series of which Percy Jackson and the Olympians have been adapted into films by 20th Century Foxx, directed by Chris Columbus. 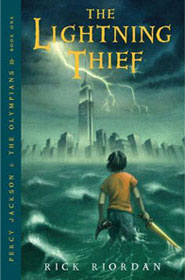 Initially written for his dyslexic, 12 year old son, this is the first of the five books written for the series, Percy Jackson and The Olympians, under the Half- Blood Camp chronicles. It was so loved by the readers that Riordan became the New York Times bestselling author.

The story is about a demigod named Percy Jackson who is a 12 year old normal school going kid. He lives with his mother and an abusive stepfather. A school trip to the museum starts a mysterious string of events leading him to the Camp Half-Blood. There he comes to know that he is the modern day son of Greek God Poseidon. He is entrusted with the job of finding the lightening of Zeus that is stolen. The journey takes the readers though a myriad of enthralling adventures leading to the fruition of the story. 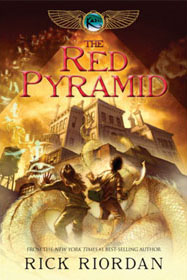 This the first book of The Kane Chronicles, which is based on Egyptian mythology. The tale is told in an interesting narrative form, where the protagonist Kane siblings talk in first person, alternatively.

The Kane siblings, Carter and Sadie enter an unknown world after their father Julius takes them to the British Museum. Being a magician in the disguise of an Egyptologist, he tries to summon the God of The Underworld Osiris into the mortal world. The process goes awry and a group of Gods and ancient magicians appear and take hold of all humans in the vicinity as host.  Julius is captured by the God of Chaos, Set and to free him, the siblings travel to Cairo and come to know about their magical ancestry. A fast paced book, it never seems to be any less satisfying than other Rick Riordan works. 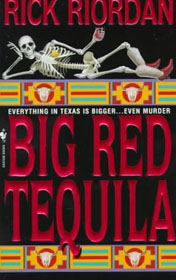 This is the first novel by Rick Riordan and the first of the Tres Navarre series. The hero of the story is Jackson Tres Navarre, who is an unusual mix of detective, martial art practitioner and medieval studies expert. His flamboyant attitude lands him in trouble and he is the middle of the quest to solve the 12 year old murder of his father. During the investigation his former love interest goes missing. Jackson runs against time to unearth many conspiracies and reach his destination to before the Texan police takes everything into its hands. A witty and adventurous plot with plenty of funny moments describes the book best. 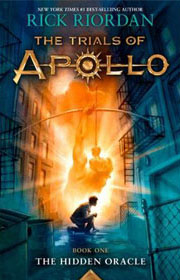 This book is the first one of The Trials of Apollo series, which is a continuation of The Percy Jackson and The Olympians series. Zeus punishes his son Apollo and sends him to live as a 16 year old mortal in the modern day city of New York. From there he is sent to the Camp Half-Blood. Apollo learns there that by gaining control of all the five oracles, Zeus can be pleased and his punishment can be ended. The adventure is crafted with lot of comic sense and beautiful narratives by the protagonist Apollo.

The last of the Heroes of Olympus series, this book is a narration of adventures of a bunch of demigods by themselves.  Seven demigods are on their way to the Acropolis to stop the catastrophic event of awakening of Gaea, The Earth Mother. But their plan is in danger because many of Gaea’s giants are stronger than ever and work towards sacrificing two demigods in order to fully awaken her. With near death brush offs and tough fights, they defeat Gaea and bring together Athena Parthenos to Camp Half-Blood to avoid war between Roman and Greek demigods. Riordan’s numerous characters and brain wrecking adventures take the readers to a new zenith of reading.