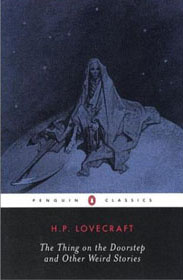 “Where there is no imagination there is no horror”. This quote signifies and emphasizes the creative push needed to create a grasping horror plot. In this backdrop, Howard Phillips Lovecraft (1890 – 1937), is most probably one of the best writers in the horror genre, as his works are revered till date though they were written many years ago. Ironically, this American writer achieved most of his fame only posthumously. He was virtually unknown before he died in poverty. But now he is regarded as one of the most significant 20th Century authors in the horror genre.

Lovecraft’s blend of weird fiction, gothic horror, and dark fantasy has had an everlasting impact on readers across all generations and regions. His works also steeped in sci – fi and his own philosophy called Cosmicism. The idea of Cosmicism, a literary style developed by HP Lovecraft, is mostly the central theme in his works. HP Lovecraft books points out the insignificance of man with respect to the universe. He says, “There are creatures in the cosmos vastly more intelligent and powerful than humanity”. Here are the 5 best HP Lovecraft books:

1. At The Mountains Of Madness 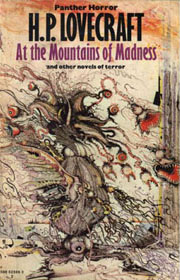 The story is narrated by a geologist William Dyer, to prevent a scientific expedition to Antarctica. He narrates how he led a group of scientist on a previous expedition, during which ancient ruins and a dangerous secret was discovered.

This HP Lovecraft book presents an ancient and alien history of Earth. In addition to this, a number of Lovecraft’s concepts and ideas are introduced to the readers in this book like the Elder things and the Shoggoth. It also mentions a number of the Great Old ones, which are cosmic deities of unimaginable power in Lovecraft’s works.

2. The Call Of Cthulhu 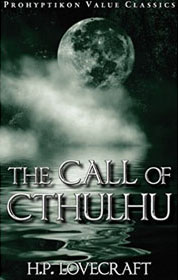 A series of events lead investigators to discover a cult worshipping ancient evil. It is told from the view of Francis Wayland Thurston. He discovers his late uncle was trying to understand something that affected people around the globe. It describes the horrifying experiences of a crew of sailors after discovering the city of R’lyeh and realizing Cthulhu. This amazing story delves deep into Lovecraft’s mythos of Cosmicism and horror.

3. The Shadow Over Innsmouth 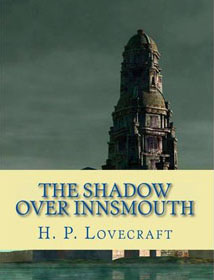 The primary theme of this novel is one of deep fantasy in many HP Lovecraft Books – the breeding of humans and the spawn of Cthulhu. A young man, Robert Olmstead travels through New England, to discover the creepy coastal town of Innsmouth, which is avoided by neighboring people due to the oddness the local people carry. Olmstead gets stuck in the town and begins to understand the secret and his connection to it. 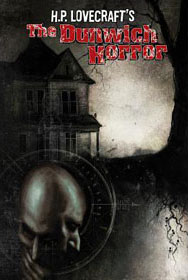 The book is set up in a fictional place called Dunwich, located in north – central Massachusetts, which is in a very sorry state. One of the reasons for the sorry state of Dunwich is the Whately family, who perform dark rites. A newborn in the Whately family, Wilbur turns out to be an unusual child, growing at a rapid pace and whose father is unknown. Does this signify something more terrifying to come? Dr. Henry and two of his fellow professors attempt to discover and fight off the horror.

5. The Thing On The Doorstep

This HP Lovecraft tale deals with a recurring theme in Lovecraft’s work – swapping one’s consciousness into another’s body. Also dealing with some of the worst fears regarding marriage and identity, this story is about a man by the name Daniel Upton, who notices that his friend after marrying is not his usual self. This story has ties to “THE SHADOW OVER INNSMOUTH”, as the lady who married Upton’s friend comes from that haunted town.