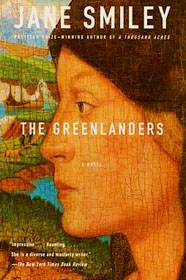 A figment of an author’s imagination, bejeweled with life like characters and a brilliant but believable plot gives the best fiction novels to the readers. Jane Smiley books are amongst the top rated fiction books till date. Her books cover a vast expanse of topics ranging from suburban, warm social plots to high end political dramas. She uses a central social theme that tells multifaceted stories.

Her most popular works include Pulitzer Prize winning novel, A Thousand Acres and The Last Hundred Years trilogy. 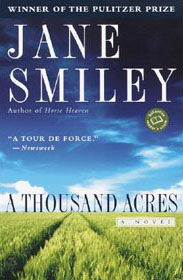 For this brilliant story, Jane drew inspiration from Shakespeare’s King Lear. It’s the story of a family which owns a 1000 acre farm in Iowa. Three sisters are supposed to receive the farm from their father Larry in succession. The youngest sister is opposed to the idea considering it unreasonably generous. This results in her losing her part of inheritance.

The story describes the struggles of the sisters, facing years of abuse in their father’s hand and their present marital discord. When Larry starts drinking heavily, his daughters take the rein of the farm facing vicious lenders, family disputes and fighting to keep the farm intact and running. 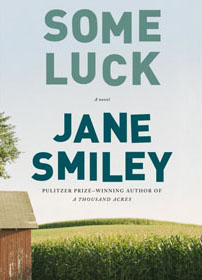 This Jane Smiley book is the first one of The Last Hundred Years trilogy. Once again based out of Iowa, the story is about the Langdon family which owns a farm. The story begins in 1920 in a rural background. Walter and his wife Rosanna bring up five children while facing various hardships in running their farm. Jane depicts each and every little detail of their journey towards a better future. A dedicated and hardworking man, Walter leaves no stone upturned to secure a better future for the family. He comes out victorious despite of the Great Depression and the Great Drought. The death of a child starts creating rift between the couple to the point that they start contemplating suicide. But like all times, they pass the test of perseverance. 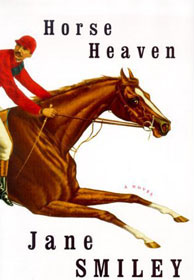 In a daring attempt of choosing an unusual theme, Horse Heaven was penned down. It brings us to the strange but glamorous world of horse racing, jockeying and horse breeding. Anyone who has read Black Beauty in children’s literature will definitely be able to relate very well to the characters in the book. There are many anthropomorphic characterizations in her book which present a clearer picture of what goes on in the horse racing, from beginning to end. Equine thoughts are so well portrayed that the reader almost starts thinking and feeling like them in the story. 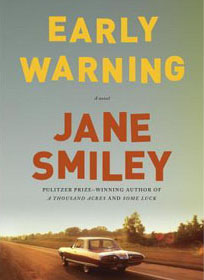 This is the second book in the series which tells further developments in the Langdon family of Iowa. With the new generation in command, the dynamics within the family also start to change. Walter’s demise leaves the family scattered. Only Rosanna and her one idealistic son tend to the farm, while the rest are out in the cities for new opportunities. They find love, face heartbreak and know new things about themselves. One of her sons leaves his studies to fight in the Vietnam War. This decision changes the fate of the family forever.

Based on historical events that led to Nordic settlements in Greenland in 15th century, this book tracks the interesting and unique culture, rituals and the development of a new clan of settlers which changed the face of otherwise uninhabited Greenland. The rebellion of the two children of powerful landlord Asgeir Gunnarsson leaves him distraught.  While one is out to fulfill her fantasies by any means possible, the other is on the quest for knowledge that changes the Nordic way of thinking. A compelling tale of never heard culture, this book by Jane Smiley presents a panoramic view of medieval life.