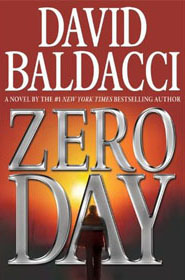 Suspense-thrillers have the power to keep the reader glued to the book until completed. A fast paced story line with inventive plotting and the reliance of the author on the character’s relationship with each other is the signature of David Baldacci. Many of the characters from David Baldacci books are recurring. His characters are created with warmth and a great sense of reality so that the reader cares about them enough to wait for their recurrence in the books that follow. Every one of his books leaves the reader craving for more. Here are the best David Baldacci books for a masterful suspense stroke. 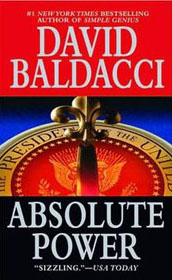 It is Baldacci’s first novel and an instant hit. It has also been adapted into a film starring Clint Eastwood. The plot involves a fictional President of America and his power game. An affair goes wrong and the lady in question, a billionaire’s wife is shot dead by the Secret Service agents. To cover up the entire mishap, the President and his agents go to extreme lengths to nab and silence the only witness of the murder, a burglar, Luther Whitney.

Baldacci has very cleverly added sympathetic elements to the otherwise unscrupulous looking Whitney’s character so that the readers like him and look at the story through his view. The dark character of the President shocks Whitney and shatters his faith in justice. The criminal conspiracy that follows is unfathomable. 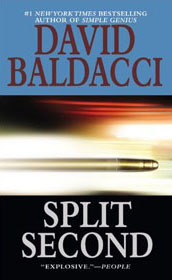 It is the first of series involving King and Maxwell. With a wrecked career in the Secret Service, Michelle Maxwell is in the middle of nowhere. The President disappears under her watch and she has to find him. Fate brings her together with another discredited agent, Sean King, whose negligence cost the life of a presidential candidate 8 years ago.

The pieces of puzzle come together after they deal with a lot of murky characters, unexpected challenges and many twists and turns. The interplay between the characters of King and Maxwell set the pace in this story. The catch is the intersection between the two incidents in their lives that alters everything. The most unexpected ending is what wins over the readers of this book. 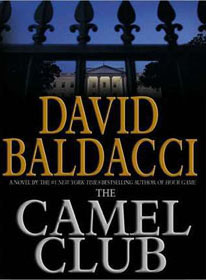 ‘The Camel Club’ is featured in many of Baldacci’s crime thrillers. This book is the first of this series. A small group of Washington, D.C civilian misfits lead by an elusive former C.I.A trained assassin uncovers truth as the members study conspiracy theories, government cover-ups and current events.

But what follows next gets them embroiled in a spectacular and vicious web of conspiracy and deceit. An all destructive war is impending and the only force that can stop the apocalypse is The Camel Club and a secret service agent who stands together with it.

This book is much like a James Bond movie with plenty of adrenaline rushes and heart grabbing actions. 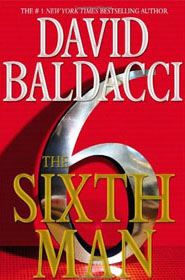 The fifth of the King and Maxwell series, this book is incredibly fast paced. Many events occur all at once but everything comes up very well together at the end, without puzzling the reader.

King and Maxwell are called by attorney Ted Bergin to investigate the case of alleged serial killer Edgar Roy. The investigation seems to meet a dead end before any start as they find Bergin murdered. King and Maxwell race against time to find answers to the questions as to who murdered Bergin and is Roy really innocent. Past is dug up and it leads them to some powerful forces in the government and they fend off these dark powers to fill the missing pieces of the puzzle. The path taken pushes them to their limits and their collaboration is in danger too.

This book is another fine piece of political conspiracy, a recurring theme in Baldacci’s suspense-crime thrillers. The prime investigator in the story is John Puller, a top investigator in U.S Army’s C.I.D. Soon he gets called into a Samantha teams up with him in the case and the duo start hunting for clues leading up to murderers.

The story written by David Baldacci unfolds in layers and with that a new revelation comes to light every time. The team is shocked and awed by the depth of deceit and dark secret unveiled as they reach closure. It’s a spine-chilling masterpiece with so many elements of surprise which makes the reading worthwhile.