Helen Keller said, “Life is either a great adventure or nothing.” In these days, when the world has become a global village and life has become monotonous, a little sprinkle of adventure in the form of novels would definitely rejuvenate people. How would a well researched, slightly non – fictional adventure fare? Most of us would say, “Even better”. If this is what we need, then Dan Brown is the author we are looking for.

Dan Brown is an American author who has written well – researched novels primarily featuring secret organizations and intricate plots which enthrall the readers. His best known works include the world famous ‘THE DA VINCI CODE’. Not only a writer, but also a teacher of creative writing, Dan Brown has produced master pieces in the genre of adventure, of which many were adapted into films by world renowned film – makers. So, let us dive deep into the adventure world and explore a few of Dan Brown books. 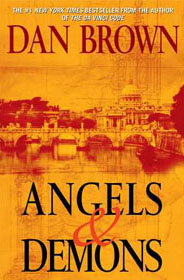 This Dan Brown Book is deals with Symbology. The protagonist, Robert Langdon who is the master of all symbologists is also the main character in two of his other books, though with completely different plots. In this particular story, Dan Brown has to deal with the murder of a physicist of CERN which is the world’ largest scientific research facility based in Geneva. Dan Brown is called upon by the organization because of the word “illuminati” was branded upon the chest of the murdered physicist. What is Illuminati and why was it branded on his chest? Dealing with a myriad of concepts and situations from anti matter to the danger of Vatican being blown up, this book is a must for adventure lovers. 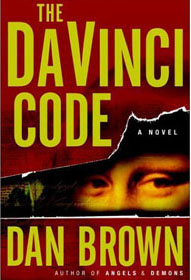 This book is the one which Dan Brown a world famous English writer. It also introduced the most famous characters of recent literature, Robert Langdon. Although constructed around a religious theme, the story truly makes readers of all ages and regions stick to the book.

Focusing on the revelation of a secret that will make the Catholic Church tremble, the story goes through various subplots to arrive at a thrilling climax. Everyone in the book is in the hunt for the secrets hidden by the Priory of Sion including the Grail with competing intentions of protecting, exposing and destroying it. Dan Browns explanations for clues and tricks hidden within Da Vinci’s paintings will make you want to go look at them all and see if it’s true. 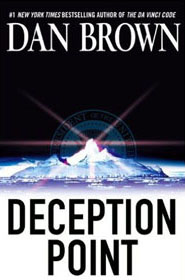 One of the standalone thriller mysteries among Dan Brown books, this book follows oceanographer Michael Tolland. Dealing with a meteorite that is found on the Arctic Circle, which might contain plausible explanations of presence of extraterrestrial life, the plot also introduces the readers to an unknown enemy who attacks the team of scientists. On the other side of the story, there are presidential elections looming large and critics of huge funding to NASA are on the front seat.  Can the team of scientists reveal the ultimate truth? Grab this Dan Brown book to find out. 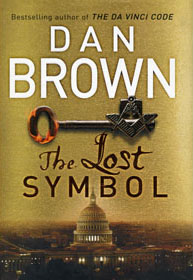 Dan Brown Books have given the readers a mélange of symbols, codes, monuments and historic references. The seemingly revealing title does not confuse anyone to come to the conclusion that the plot is about a quest for a lost symbol. Robert Langdon tries to save his mentor, Solomon who is kidnapped from where the story unfolds. There is a deadly race between Langdon and the kidnapper to uncover The Lost Symbol.

While most of books by Dan Brown deal with history and symbols, this modern masterpiece as the name suggests deals with technology and the digital world. The plot is about NASA having a program to intercept data from all over the globe and cracks many codes to gain useful information. A man creates a code that NSA cannot decipher and within no time the security of the country is at danger. The man who created the code is dead and the only way to save the day is to recover a key that can decode the program. Pitched against a commercial giant, will good see light of the day? Grab this Dan Brown techno thriller to find out.