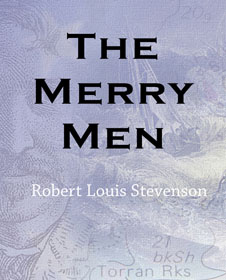 Stevenson, the Scottish novelist and poet belongs to the Neo-romantic era of the English literature. Stevenson became a living legend through his well-known works like ‘Treasure Island’ and ‘Kidnapped’. Although he got himself enrolled into the engineering school at Edinburgh, he discovered that his true calling lied in writing. Being an avid traveller and explorer, his journeys led to some his early works. To say the least, Stevenson went on his honeymoon at an abandoned silver mine in Napa Valley, California and shortly after this trip he published ‘Silverado Squatters’ inspired by this experience. Stevenson created some of the most enduring monsters of the English literature as he authored several stories in the supernatural genre. Here are five of Robert Louis Stevenson books to spook you. 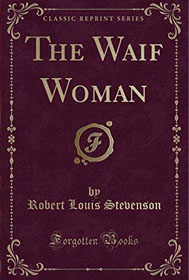 The plot is set in Iceland and it’s a tale of morality and the revenge of a ghost. The plot dates back to the time when Christianity first arrived on the isle. Rich with beautiful imagery, this is the story of an exiled noblewoman who lands on the shores of the island nation and rescued from a becalmed ship. She became a guest to the Viking and his wife, Aud. Aud was envious of her fine clothes and jewelry. She confiscates the woman’s treasures after her death instead of burning them in the pyre. The ghost haunted her family and her children were left to atone for her vices. This book was published 20 years after the death of Stevenson. 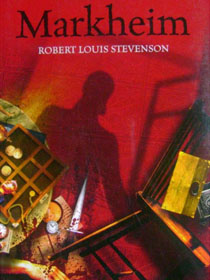 This is one of the Robert Louis Stevenson books that yet again crams the theme of ‘crime and punishment’. The plot unveils with Markheim – a Bohemian – walking into the shop of a crooked pawnbroker to sell a rare item that he claims to inherit. In an interplay of conversations with each person reserving his opinions against the other through observations, Markheim murders the pawnbroker. Stevenson fabricated a supernatural ‘Devil’ that preaches Markheim into transformation. The climax shows Markheim atoning for his sins and a transformed soul. Stevenson has been a champion in portraying the victory of good over evil through careful self-introspection of the characters. 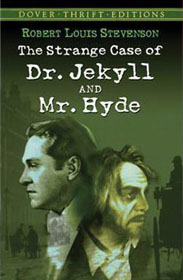 This spooky thriller is quite captivating. Published in 1886, it is narrated by a London lawyer named Gabriel Utterson. He discovers peculiar occurrences in the life of his friend Dr. Henry Jekyll. Mr. Utterson elaborates the cruelty of the evil Mr. Edward Hyde and goes on to narrate how he knocks over a child on purpose and steps on her nonchalantly. Mr. Utterson unravels the secret connection between Dr. Jekyll and Mr. Hyde through the series of letters exchanged between them. This is an absorbing book, with powerful imagery and suave language.

The plot shines in portraying the conflict between good and evil. It is speculated that the inspiration to write the novella came from the writer’s friendship with Eugene Chantrelle, who was executed on the charges of homicide. Well, he had killed his own wife and Stevenson was present throughout the trial. This book is one of the finest spooky novels of all time with creepy and dramatic illustrations of characters. 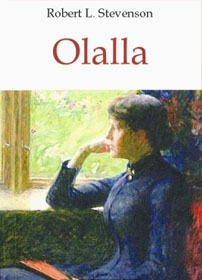 This is an underappreciated masterpiece with Edgar Allan Poe pastiche. The plot is set in the Peninsular War days of Spain. The story is narrated by a wounded soldier who is sent to the house of a poor noble family to recover. The narration of several strange events and characters intrigues the reader like the mentally retarded son of the noblewoman and sudden screams during the night. The soldier is enthralled by the mesmerizing beauty of the daughter of the women Ollala. She also professes her love for him. However, the terrible secret of the family – a genetic curse that passed through generations – is revealed when the noblewoman leaps on to the soldier and bites him on the arm at the sight of blood in a turn of events. The frenziness associated with vampirism will certainly give you goosebumps.

Enough seafaring actions, treasure hunters, shipwrecks in bitter weather will get on to the nerves of the fans of ‘Treasure Island’. Charles Darnaway is a recent graduate of Edinburgh University who travels to his uncle’s place Aros, a remote island in the northwest coast of Scotland. He finds that his uncle is living a luxurious lifestyle from the pick of the fine things he stole from the wreckage of a ship that sank off the coast. ‘The Merry Men’ refers to the monstrous breaking waves that made a lot of noise. Stevenson cleverly plots the climax in sync with the title of the story with the waves carrying away the guilt and the sin associated with the murder of an innocent. Once again Stevenson pricks the conscience of the readers with this classic book.

It’s hard to change lives of people. But Stevenson would have changed the lives of many, showing the path of righteousness through captivating storylines. No wonder this Scottish genius is still a celebrated figure.