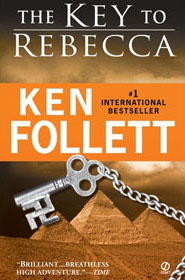 Kenneth Martin ‘Ken’ Follett is the master craftsman of thriller novels, usually set in real historical backgrounds. With award winning series of novels to books that were at the New York Times Bestseller list, Ken Follett books are nothing short of classic thriller masterpieces.

Here’s is a list of the 10 popular Ken Follett books: 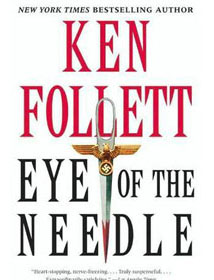 This fabulous story of a German Spy won Follett the Edgar Award for best novel. Set in the year 1940, it is the story of a highly skilled spy codenamed ‘Da Nadel’ who is on a mission to bust the American plan of D- Day landings which were actually to happen in Normandy as opposed to their claim of Calais being the spot to misguide the Germans. 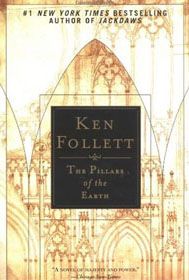 This book by Ken Follett has fictional historical plot set in the 12th century. The story evolves as the series of events occur around the lives of people while building of a Cathedral in the fictional town of Kings bridge in England. The fight for the throne of England, civil unrest, erection of a religious structure and shifty economics are few of the many topics covered in this book. 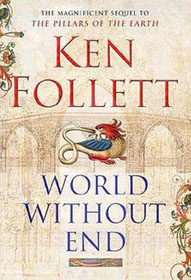 The success of The Pillars of the Earth made Ken Follett write a number of books under the Kingsbridge series. It tells the story of the descendants of the characters involved in building the Cathedral. The book marks the start of 100 years war between England and France and by the mid part of the book, the plight of Europe under Back Death is well depicted.

This is the first book of the Century trilogy which tells the journey of 5 different yet related families across the span of 20th century. All important, life changing mega events of the century have been depicted with life like quality. The lives of men and women affected by the oppressor aristocrats and subsequent mutinies are the major topics. In the background of World War I, Russian revolution and other political upheavals, the suffering and the success of common people is the catch in this book. 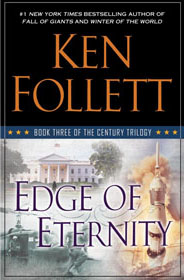 The third installment of the Century trilogy, this book repeats the glory of the first book in the series. A continuation of the lives of five families, related by events, this book has a myriad of present day history ranging from the fall of Berlin Wall, civil unrest to assassinations of U.S president J.F Kennedy and Martin Luther King, all written down with different viewpoints. 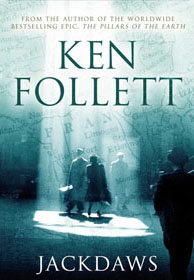 Among his thrillers, Jackdaws is another fabulous spy story. The title of the book is the code name of an all women gang of spy that dares to go behind enemy lines to Germany to unearth Nazi secrets. A never ending string of secrets within the Nazi Army make their work ever more daunting. 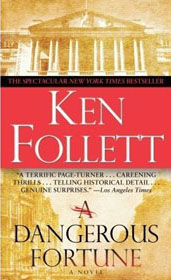 The story of this book revolves around a ruthless and unscrupulous villain, a woman named Augusta. A bank collapses in 1892 and do does the dream of many people associated with it. A banking fortune which is the target of many people, the death of a high school boy and the game of money that can cost the nation everything; all of these wrap the book and gives a tantalizing thrill to the readers. 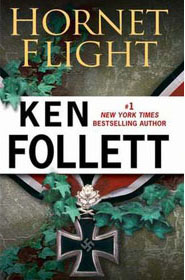 This book is a spy thriller which is based on the events of Second World War. When numerous British bombing planes were getting shot down by German Nazi Army, the position of Britain seemed uncertain in the war. A Danish lad, Harald finds out the secret RADAR set up used by the much despised Nazi army to detect any bombardment planes. Soon he is running to save his life and the secret from many enemies and aims to reach Britain as soon as possible. Hence he gets hold of a Hornet Moth biplane, repairs it and gets to Britain.

The lead character, Alex Wolff is based on a real life spy John Eppler. With German ancestry and knowledge of Egyptian culture, Wolff is able to work efficiently as a German spy, to free Egypt from the British control and the young monarch. He has indomitable spirit that allows him to perform unimaginable feats to succeed in his mission. 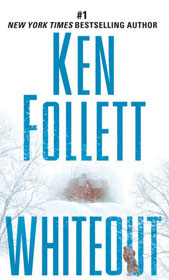 This Ken Follett book is a science thriller, incorporating advanced technologies and bio terrorism. A virulent strain of deadly Ebola virus is stolen from a laboratory in Scotland and the intelligence report says it is to be used for a big terrorist attack. Toni Gallo, the Security Head, has to race ahead of time to nab the thieves before a catastrophe can happen.