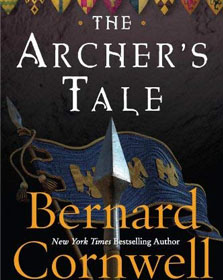 Bernard Cornwell, a historical fiction writer from England is well known for his novels about English History. He is best known for writing novels with plots set in the Napoleonic Wars and American Civil War. Interestingly, Cornwell started writing novels when he couldn’t get a work permit in the USA after relocating there with his second wife who happened to be an American citizen. If you are a historical fiction fan, here are a few of Bernard Cornwell books to keep your interest at the edge. 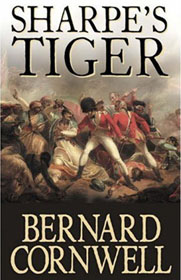 Though not written in a chronological order, the story of Sharpe series revolves around the life and conquests of a rifleman named Sharpe. Sharpe is born in slums of London, and the story portrays his struggle for acceptance and respect from his colleagues. He climbs the hierarchical ladder to become a Lieutenant Colonel and plays a significant role in the Napoleonic Wars, including the Battle of Waterloo. The series contains a total of 38 books with more on the way. Some of the books have been adapted as TV series. 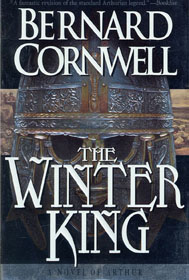 This trilogy is a combination of classical tales of heroism and mythology. The plot is set in Dark Age Britain and depicts the struggle of King Arthur, who was successful in staving off a Saxon Invasion. Arthur is a strong military commander and a brutal fighter at war, who later went on to become the ‘Guardian of the Throne’, despite being the illegitimate child of the King. He is a warlord who is known for his political diplomacy and strives for unity through peaceful alliance. The story is narrated in perspective of Derfel Cadarn, who worked his way from being an orphan to Arthur’s trusted Captain and then was titled “Lord”. It is the Cornwell’s one of the best books that went on to become a bestseller. 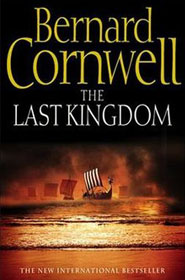 Also known as ‘Saxon Tales’, this is a series of novels set during the Danish invasion of Britain in the 9th and 10th century. Uhtred, an English boy orphaned at ten, was born to a Saxon Lord but was adopted by a Dane. 10 books to the series and another one on its way to being published; 2 of the Saxon Tales have been adapted as TV series, ‘The Last Kingdom’. 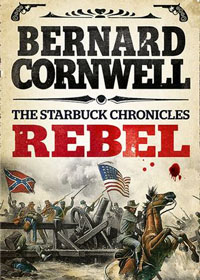 Don’t confuse it with America’s coffeehouse chain ‘Starbucks’. “The Starbuck Chronicles” is a archival fiction series of four books so far, rooted on the life of Confederate officer Nathaniel Starbuck, born in Boston. The stories are set in the days of the Civil War and portray his bravery and wit in the First and Second Battle of Bull Run.

The quest for the Holy Grail during the Hundred Years’ War is well described in this classical tetralogy. The four books are titled, ‘Harlequin’, ‘Vagabond’, ‘Heretic’ and ‘1356’. The storyline portrays the bravery of the mythical character Thomas of Hookton, an archer in the English army under the command of Edward III, in the battles of Brittany and Crécy. 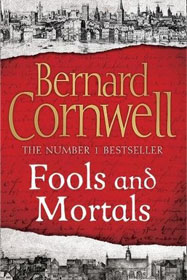 This novel follows the trails of the life of Richard Shakespeare, an aspiring actor attracted to the glittering world of plays but overshadowed by his older brother, the famous William Shakespeare. The plot is set in the Elizabethan era. Richard abandons his family and ventures into illicit activities to make his ends meet and fulfill his ambition. Richard is duped and struggles for career and fortune; and learns the lessons of life the hard way. 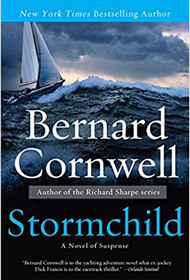 Defying the common notion of a book series, this is a collection of 5 books, each having a different plot and characters. All the stories are set with in the seas with the protagonists undertaking long sailing expeditions. They contain the recipe of a perfect thriller as they are laced with murders, mysteries and revenges. 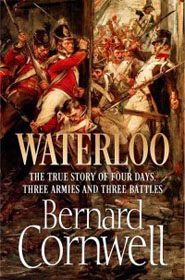 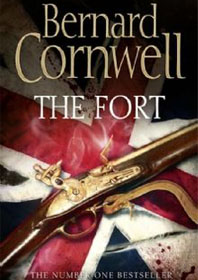 The American Civil War of 1779 forms the backdrop of the storyline. The plot focuses on the endeavors of the Scottish soldiers to hold ‘the fort’ against the American patriots. Further, it characterizes the variance of actions of two military icons: John Moore and Paul Revere, who were an important part in the Penobscot Expedition. 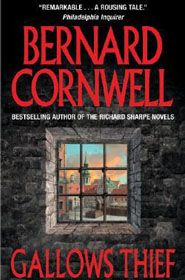 Set against the backdrop of 1817 London, this is a proto-detective novel on capital punishment. It depicts the story of Rider Sandman who is hired to investigate the crime of a murderer just to rubber-stamp his death penalty. It is the story of Rider, a veteran who saves an innocent clutched in the machination of the powerful to conceal the real culprit.

Reading Bernard Cornwell books will make you curious about the real happenings that have often been blurred with the passage of time. The fecund mind of this master storyteller has produced over 50 books that have left an indelible mark in the minds of his readers.