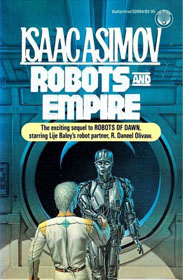 A time when science was just expanding its horizon beyond the general science, there were very few writers who would take up science fiction as a genre. But Isaac Asimov (January 2, 1920- April 6, 1992), a Russian born American, took up his favorite genre and produced masterpieces ranging from hard science fiction to mystery science fiction. Isaac Asimov books are way ahead than their time and give a futuristic glimpse of a new scientific world. 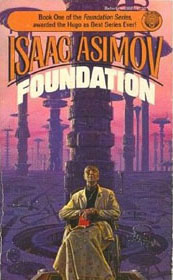 This book by Isaac Asimov is the first of the Foundation series, a science fiction which tells the story of a declining Galactic Empire in an imaginary world and era.  A new branch of science has been developed called Psycho-history which allows predicting the future based on computational mathematics and psychology. The Encyclopedists, led by Seldon are the only hope to save the world from the brink of disaster. 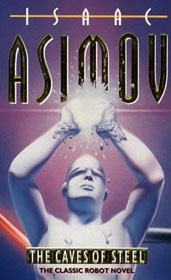 A detective story embedded into a science fiction, this book takes the readers to the future when alternative space worlds become a necessity. Baley and Olivaw are on a joint mission to uncover the truth behind the murder of a spacer ambassador who is against the anti-robot policy of earth. It has a very ambitious plot that describes an underworld made of steel where people live as an alternative to earth. 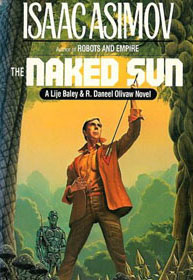 It is the second installment of the Robot series, whose first part was Caves of Steel. The detective duo Baley and Olivaw are back in action, investigating the murder of a Fetologist in the planet Solaria. The detailed description of advanced technologies like holography and 3D structure is quite unheard of during the time when this book is published. But even today the charm remains unchanged. 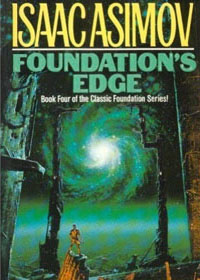 The fourth book of the Foundation series, this one won many awards and was a New York Times Bestseller. 500 years have passed from the first book, and the Terminus is thriving as a state. But soon the search for the second foundation has to begin only to find that it is inflicted with deep and dark troubles of its own. The question remains as to who will be the ruler of the Galaxy. 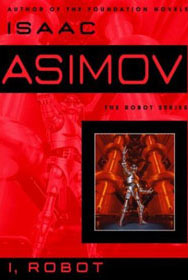 No Will Smith fan can be unacquainted with Isaac Asimov’s I, Robot. The famous film is based on the collection of interconnected short stories based on robotic technology. It explores the various domains of human-robot interaction, Artificial Intelligence and moral implications. This book won profound popularity among the fans. 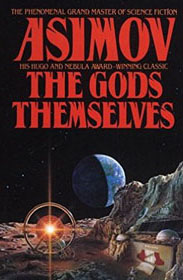 This book is written by Isaac Asimov with unconventional technique that includes the use of narratives, prologues and flashbacks in a disorderly manner that gives a surprise to the readers every time they are able to relate the events. A scientist discovers that alien technology is using physical transfer of matter from Earth to find more about the physical laws. It is later revealed that they are on the search of an alternative energy source for their universe. A team on earth has to fight all odds to save the sun from exploding into a supernova. 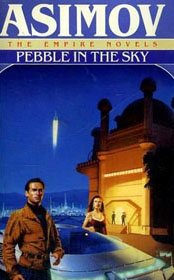 This book was originally written as a short novel and published in a magazine. Later it was published as an individual novel. The subject of the book is Time Travel where an ordinary tailor is involved in a radioactive accident that throws him into another era from the future. The earth in future is unrecognizable and the tailor, Joseph cannot understand anything. He is unknowingly made a subject for an experiment that bestows him telepathic power.

It is a part of Asimov’s Robot series. Earth is now a part of the Galactic world which includes many habitable planets. Human and robots are free to live in any of the new spacer world. The work of Baley is carried forward by his lover Gladia who also possesses his memory. The population on earth is in danger as some wicked men plan to destroy the earth using radioactive technology. Robots and human have a daunting task to perform and time is not on their side. 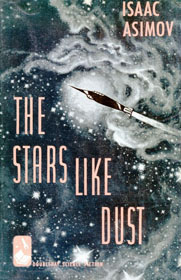 Another mystery piece in the Galaxy series, this book is the story of a young man Biron Farrill who wants to avenge the wrongful death of his father by the ruler of the Tyrann, a planet with illegal control over 50 small planets. He travels to planets in strategic position with respect to Tyrann and builds a mutiny against the rule of Tyranni. 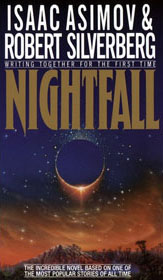 Originally written as a novelette in 1941 by Asimov, it was converted into a full novel in 1990 by Robert Silverberg. A planet Lagash never receives any nightfall due to 6 stars that constantly keep it illuminated. A reporter investigates a doomsday prediction that the entire civilization will end just like the one did 2000 years ago. An Eclipse is going to darken the planet for half a day, an event related to the doomsday prediction that could lead to the people going insane.