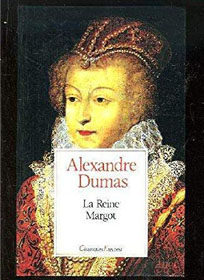 One of the greatest French writers of all time, Alexandre Dumas, created several valiant heroes, unattainable and breathtakingly beautiful heroines and scheming antiheroes that the world literature has ever seen. This nineteenth-century novelist published some of the well-known historical adventure novels that leave a lasting impression on the minds of the readers even today. Such is the repute of his novels that over a period of one and a half centuries, they have inspired hundreds of filmmakers to make movies based on them. Dumas started his career as a playwright. He founded the Théâtre Historique in 1846 in Paris where the plays adapted from his novels were mostly performed. Although he often blurred the facts in his literary works, historians hardly complained the divergence. If you are a history lover, here are 5 Alexandre Dumas books to read.

1. The Count Of Monte Cristo 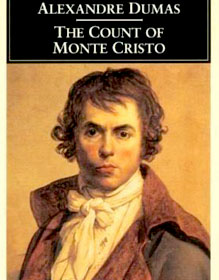 This is a swashbuckling tale of revenge by Dumas, originally published in a serial form. The historical setting is the fundamental motif of the book and the plot dates back to the era of the Bourbon Restoration. The plot centers on Edmond Dantès who is wrongly accused of treason and imprisoned on the day of his wedding. Abbé Faria, a fellow prisoner, infers from the sequence of events the persons who framed him. Faria cooks the escape plan and leads him to a treasure. Edmond returns as the cold-blooded Count of Monte Cristo and strikes back at those who wronged him. The story subtly weaves in the idea of patience, hope and justice in the minds of the readers. 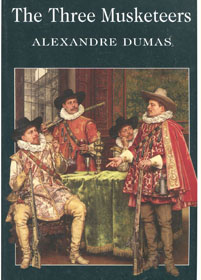 Written in collaboration with Auguste Maquet, this novel unfolds the exploits of d’Artagnan who fails in his endeavor to join the Musketeers of the Guard in Paris. However, he helps the three musketeers- Athos, Porthos and Aramis in a duel against the guards of Cardinal Richelieu and thereby befriends them. The story dates back to 1620s. It keeps the readers engrossed as it is laced with tales of conspiracies and infidelities. Queen Anne of France was in a secret romantic affair with the Duke of Buckingham. Dumas is a fearless writer and boldly painted the conspiracies in the Parisian society and the dangers of the monarchy oblivious to most people. The popularity of this novel can be attributed to the numerous TV series, video games and films that were made based on the story. 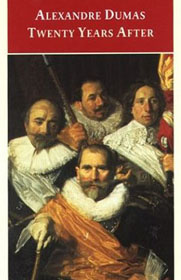 Two decades after the three Musketeers and d’Artagnan had triumphed over Milady, the quartet have to deal with his young and energetic son, Mordaunt. The events mostly take place in France and England. The English Civil War that abolished the monarchy in England, was almost on the verge of ending. However, it was a threat to France then under the rule of Louis XIV. The sequel to ‘The Three Musketeers’ provides glimpses of valiant battles fought by the four heroes in their forties and fifties. Unlike the first part, the storyline of ‘Twenty Years After’ moves at snail’s pace and it is not until the middle of the book that the heroes reunite. 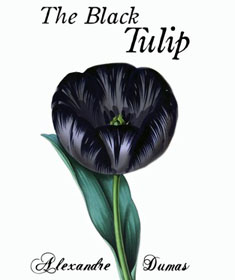 The narration begins with the lynching of two Dutch statesmen in 1672, which like many other Alexandre Dumas’ books happens to be a real historical event. Eighteen months after the incident, the city of Haarlem in the Netherlands is holding a competition with a prize money of f100,000 to grow a black tulip. Published in 1850, the story reverberates around a tulip grower Cornelius von Bearle. Cornelius dreams of growing the elusive black tulip, but becomes the victim of a scandal and imprisoned in the Loevestein prison. The book is packed with the perfect recipe for a bestseller. It is laced with the brilliant political parable, a whirlwind romance, jealousy, obsession and a nostalgic revisit to the days of ‘tulipmania’. Dumas is brilliant in weaving the plot surrounding the mysterious murder.

Despite the inconsistency in the sequence of events that occurred in the history, the Alexandre Dumas book is based on real-life personalities and events. The plot unfurls in Paris of 1572. France was a monarch then, ruled by Charles IX. The protagonist Margot, a Catholic, is married to a Protestant king, King Henry of Navarre. The inter-faith marriage was set by Margot’s mother, Catherine de Medici, who is a widow of the ex-king of France. The vicious woman poisoned King Henry’s mother to death. The scheming lady also inflicted the infamous St. Bartholomew’s Day Massacre in which many opulent and prominent Protestants were killed. There are plenty of clandestine love affairs but Dumas never delved into describing the intimacies. Batshit royals, heroic acts, betrayals and swashbuckling actions will definitely keep you glued to the pages.

Alexandre Dumas was such an incredible force that he went on to publish over 200 books with a handful of associates. The popularity of the novels penned by Dumas made him a household name in Europe back then. Undoubtedly, Alexandre Dumas is a legend.