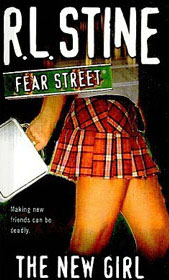 Growing up, no child must have missed a chance to sneakily read Goosebumps series books. R.L. Stine is the all times favorite author of the famous Goosebumps series that turned the concept of horror into mass hysteria. Starting from humorous books for youngsters, Stine brought forward his first horror book in 1986. RL Stine books are creepy, full of detailed descriptions of the events and are very enticing. 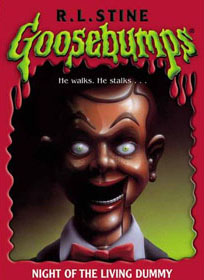 This is the seventh books of the famous Goosebumps series by R.L. Stine. Ventriloquism turns eerie for sisters Lindy and Kris when one of their dummy starts acting weirdly on its own. The dummy misbehaves with everyone without any contribution from ventriloquist Kris. Then it starts threatening to kill them. The girls try to get rid of it only to find that Lindy’s dummy is possessed too. 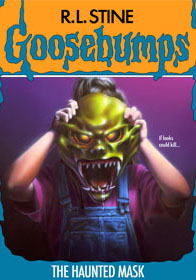 As the name suggests, it’s a story about a haunted mask that possesses anyone who commits the mistake of wearing it. A timid girl Beth resolves to revenge on everyone who mocks her and finds the weirdest and grossest mask in a Costume shop on Halloween. Soon she becomes wild and aggressive scaring everyone out of their wits and she realizes the mask is living. In an attempt to remove the mask, Beth must start with the shop again. 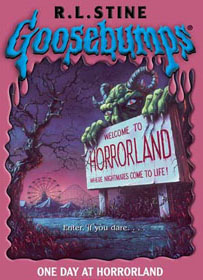 The success of the Goosebumps series continued with the sixteenth book which deals with a paranormal theme park named the HorrorLand. The Morris family is stuck in the park and they decide to face all the monsters in a bid to get out of it. With the wit of Lizzy, they succeed in finish off all the monsters and get back home. 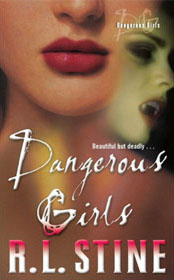 This book is the first of the series of the same name, which was mainly written with young adults in mind. Sisters Destiny and Livvy develop a craving for blood after being bitten by a vampire Renz. Thus begins their hunt for a Restorer, who can undo their process of transformation into vampires. 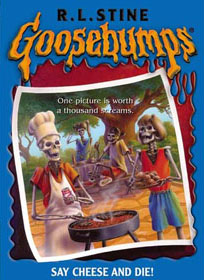 This is another one from the Goosebumps series in which four friends find a strange camera in an abandoned and supposedly haunted house. The photographs taken by the camera depict bad incidents that are about to take place in the life of the person clicked. After a series of uncanny incidents, the friends decide to return it to the owner of the old house during which they confront the truth behind its evil origin. 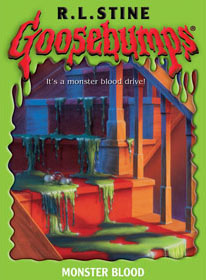 In the third RL Stine book of the Goosebumps series, a green, gooey substance with wicked properties makes its debut as the antagonist. R.L. Stine uses it in many other books in the same series. Evan and Andy stumble upon this substance accidently and start observing the weird and scary properties soon after it’s opened from the can. 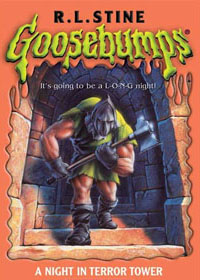 In the 27th book of the Goosebumps series, Stine take us on a scary journey to the medieval structure called Terror Tower in England. When two siblings Sue and Eddie are touring the castle called Terror Tower in London, an unusual man in black robes chases them back and forth in time leading them to their execution. They embark on a creepy journey to know their old identities and to save themselves from the man in black. 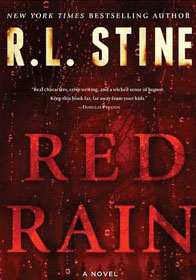 Stine enthralls young readers with his yet another horror book themed on death rituals that claim to bring back the dead. A travel blogger witnesses a hurricane wiping off an entire town population. Disturbed, she brings two orphans into her home. Then a chain of unusual events start that involves murders, supernatural powers and feud within family. Ultimately the shocking truth is out that the orphans and Lea, the blogger are all dead people brought back by death rituals. A sacrifice is needed to end all of this. 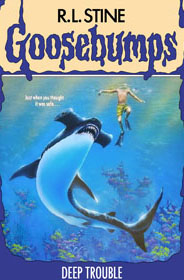 R.L. Stine takes horror into the sea in the 19th installment of the Goosebumps series. A holiday in the Caribbean Islands turn horrific for Billy and Sheena as their adventure leads to encountering a sea monster. The Kids and their uncle, Dr. D are on a mission to save a mermaid from conniving thugs. But the efforts revert back and soon all of them are fighting for their lives. Their ordeal is far from over as Billy is soon in the clutches of a sea monster.

This book is the first of the blockbuster series Fear Street by R.L. Stine. The love interest of a high school student, Cory seems anything but ordinary. Anna is an elusive and strange girl and lives on Fear Street. Strange incidents force Cory to follow her and confront the unexpected.