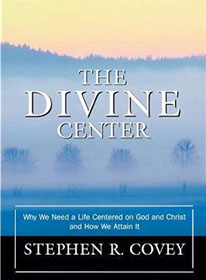 If there is one constant in our lives that we can unconditionally rely on, they are books. Reading cannot be called a hobby when it is so much a part of your life as having breakfast is. There are times when one can feel low and out of form and that is when self-help books come into play. Written by great philosophers and revolutionaries so to say in the arena of modern day self-help movement, one such is Stephen Covey who has won millions of hearts and has brought about an optimistic way of perceiving things and implementing them in life. There is so much to learn from Stephen Covey books, or perhaps so much to realise that we most often neglect in life.

1. The 7 Habits of Highly Effective People 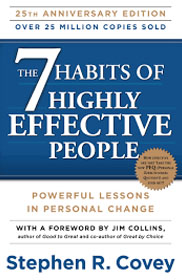 This book is the reason we hear so much about Stephen Covey. A book from his early years when he was a professor at the Brigham Young University in 1989. This book apart from the best seller with over 25 million copies being sold is also marked as a landmark in the history of self-help books. Covey centralises this book revolving around an average person’s personal and professional habits. His books are not about manipulating a person towards a goal but making realise about the good habits that we can all turn to inside of ourselves that we fail to see. It will not only change how you see the world but also how the world sees you. 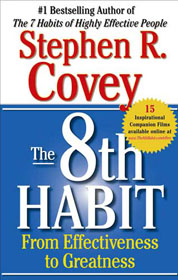 Stephen Covey after the success of his book “The 7 Habits of Highly Effective People” went on to write a sequel so to say called “The 8th Habit”. This is one of those books that completely stands out in a crowd of similar self-help books and gives its readers an exquisite reflection of how significant a change one holds the power to bring around him. Covey, in this book not only tries to motivate and inspire you to discover and express your voice but he also tries to modulate a confidence in you to serve others and inspire them to do so until it reaches the peak of humanity. 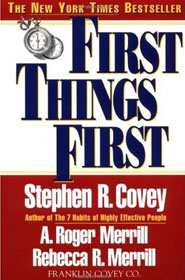 There are self-help books which you can relate to your professional life and find guidance to the scenarios you face and then there are Stephen Covey books like “First Things First” which are directly applicable to your life and it wonderfully blends into your skin to give you the shape and form of what is being tried to convey. As the name suggests, this book is about setting your priorities. One of the greatest quote from the book is “The key is not to prioritise your schedule but to schedule your priorities.” 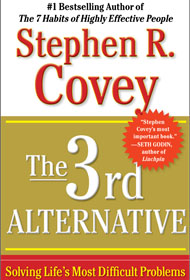 There is no stronger force than unity and no weaker resemblance to subservience. This book is about synergy and people working together to solve the conflicts between them. Covey in most of his books motivates everyone to look at things with a different perspective. A perspective that you yourself would most prefer but fail to see. He describes four simple steps to guide you through it. It is only the matter of how often we apply them in our lives to find the best solution.

This is Stephen Covey’s one of the first books and the reason it is mentioned in the last is because this one is not a guide towards success or constrained towards solving problems. This is an angelic approach towards defining your life goals and directive motif of realising what one needs in life. Everything we see around us is in the perception of how we are and not how it is, is the prime concept of the book and has been tried to explain by the author.

Stephen Covey is one the legendary writers we have ever had and it is irrefutable to argue that there will hardly be anyone better to come in the mere future who can as swiftly as a hydraulic movement can direct our thoughts in the right direction.