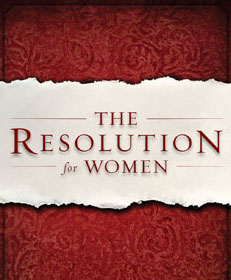 Faith knows no boundaries; all that matters is the devotion filled heart that leads to Him. Priscilla Shirer started as a Christian Evangelist and a motivational speaker, but she rose to fame with her fiction and non-fiction works. Priscilla Shirer books are full of optimism and uplift the spirit of readers instantly. She delivers messages for life through fictional and non-fictional writing. Her plots focus on spiritual wakening and self-discovery on the pathway to know the divine. She has written for a wide range of readers, from young pre-teens to adults. Divinity is the manifestation of perfection already in human and the road to realization can be full of knowledge and adventure. Some of her well known works include The Prince Warriors series and Fervent: A Woman’s plan to Serious, Specific and Strategic Prayer.

1. Fervent: A Woman’s Plan to Serious, Specific and Strategic Prayer 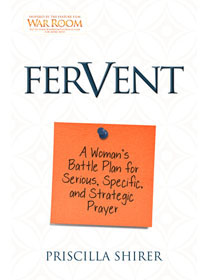 In this book, Shirer deciphers the ultimate path to enlightenment. Through examples and personification, she describes how problems and crooked people are like the persistent enemy who is hell bent on destroying everything in one’s life. Instead of breaking down, she shows the path to use prayers to alleviate pain and bring in strength to face all issues. She particularly pinpoints towards the complicated situation and neglect that women face in general. This book is the ultimate guide to positive living and shows the power of prayer.

Though this work is a non-fiction, the writing is powerful enough to mesmerize the readers. 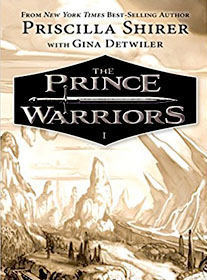 This Priscilla Shirer book is the first in the series of the same name.  Through a fictional plot, she deciphers the actual meaning of religiousness and righteousness. Targeting school going teenagers, this book gives a good dose of devotion with an adventurous twist.

The story is about two brothers, Xavier and Evan who are out to fight a real battle in a mysterious, never heard land. They have to fight off evils in various forms to achieve their target. They are guided by their spiritual teacher, Ruwach. The book has everything to entice the readers including great storyline, well delivered message and a fantastic adventure.

In this non-fiction, Shirer emphasizes on the importance of decisions made by a woman in her life. Being responsible for an entire family and a host of other people around her, her choice of decision making has much more profound effect than estimated. To be confident of Christ’s blessings, women need to understand and trust themselves before placing their faith in someone.

By playing with words, Shirer brings forth the power of faith and change through various examples and instances. The book offers simple reading and mega after effects in the reader’s point of view of otherwise simple looking events and decisions. 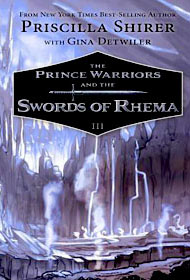 In the third installment of The Prince Warriors series, brothers Xavier and Evans have come close to winning their battle. The Pieces of Armor of God are about to come in place with two sword of Rhema. But to achieve victory in the mysterious world of Ahoratos, they have to face the biggest challenge till time.

Unfathomable evil is about to be unleashed and only their spiritual power can aid them to face the unseen. 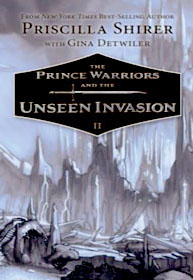 The popularity of the first book, The Prince Warriors paved the way for the second book in the series. As the brothers keep shuttling between earth and the unseen world of Ahoratos, their quest continues for the pieces of the protective Armor of God. After their first win, they have to face a vengeful Evil who uses all hidden and unimaginable weapons to bring them down. Their faith and the power of virtue stand in between them and the evil. With the urge to achieve the impossible, Xavier and Evans are back in the battlefield.