Here is a list of the 10 best Francine Rivers books for inspirational romance. 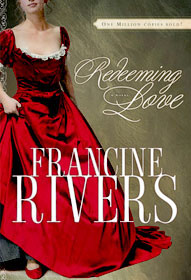 Though there is no dearth of exceptional writers who have given Yeoman’s service to the society that was not apparent never before yet there are some rarest of the rare masterpieces that have rocked the society like never before. Book takes us back into 18th century when people were rocked by hunger and malnutrition and thereby committed speechless crimes just for the sake of little money. At those dark times, Angel, a poor girl was trapped into prostitution and spent her teenage years on the bed of thorns. She experienced her dark fate when she was rocked by the lust and greed for her body. Nobody loved her but only took her advantage and left her empty from within. She faced her dark reality and put forward her strong face that defied all her odds and made her stronger from within. She hated the society until she met a young person who loved her unconditionally despite knowing her true state of being. She began to find her lost feelings and started to feel blessed. However, fate had different arrangements for her and prompted her to leave Michael Hosea in search for better love. Her struggle for self existence will definitely bring tears in anyone’s eyes. 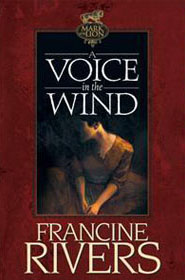 It was like taking a drop from an ocean when you compare the thrill felt by reading this bestseller from Francine River’s collection. You would find everything in this book that makes a bestseller. Protagonist is a young girl named Hadassah, who lives in a self-defined and self-protected shield of faith and love. When it came to choosing only one of them she didn’t hesitate to prefer faith instead of love. True romance coupled with remarkable faith was what she had in her every breath. There is a preacher in everyone’s heart who comes to our rescue only when we have unshakeable faith in ourselves and God.

3. An Echo in the Darkness 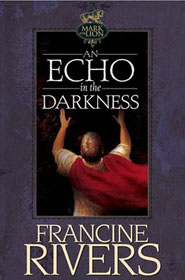 Hadassah, a mesmerizing young girl, is no less than an angel for Marcus who’s a rich trader of slaves and sand required for Roman games. He was cajoled and let his heart ruled by Hadassah who was only a slave in his family. He began his quest for finding and protecting Hadassah who was on the verge of a certain death in Roman games. With his indomitable faith in his love and God’s justice he went on a mission to save Hadassah from those clutches that would never spare anyone. Not just love but greed, dominance and slavery all aspects of ancient society are deeply felt in this intriguing novel. 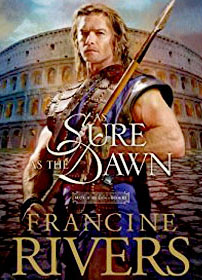 In this truly amazing Francine Rivers book of never-ending adventure I felt immense rush of blood flow in my veins. Redemption finds its real definition when Atretes, a German gladiator, seeks revenge from Roman Empire for the punishable crime of kidnapping his son. Mass killings and organized pogrom caused by Romans will find their last adversary when Atretes finds his real fighting belief. 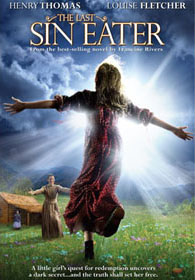 Cadi Forbes is at quest for a sin-eater who can set her free from her sin that had engulfed her mother and all loved ones. Though she is aware of the fact that her journey is not an easy one yet she takes it as a challenge which could otherwise not be sorted out. Life has not given healthy surprises to Cadi which makes her realize the single aspect of life but she is hopeful to finding her joy through an only resource that is her sin-eater.

6. And the Shofar Blew 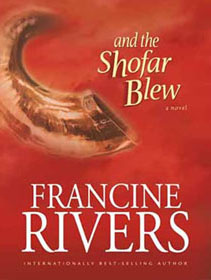 Paul Hudson, a dynamic young pastor, holding immense faith in God is time-tested by God when his desires materialized giving him a great reason for the faith he built. However he was losing his wife’s love and then came a time when he was left with choosing either God or wife. This book teaches us how to get control over adversities in our darkest phases of life.

7. A Lineage of Grace 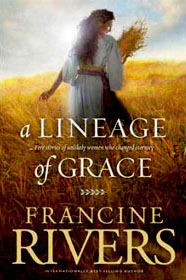 Francine Rivers books can give a sole purpose of living to those who have shattered souls. God chose five women to fulfill his greatest aspirations on earth and all of those women faced toughest tasks to encounter all challenges and adversities. Sleeping souls would come to consciousness after reading this majestic book.

Mother’s affection crosses all boundaries and digs deep into reader’s hearts’. This beautiful book acknowledges mother’s sacrifice and everything she does to help her daughter. Intricacies exist between a mother and her daughter but a daughter may only learn it with time how badly mothers’ love their daughters’. 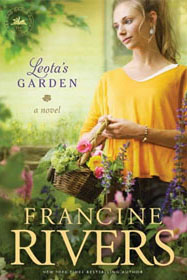 Parents who are akin to God deserve the same respect that God gets from his admirers. However there are some children who leave their parents just for a few minute complicacies.  God, supreme force, does justice to everyone and brings to book who fail to acknowledge and reciprocate their parents’ sacrifice. 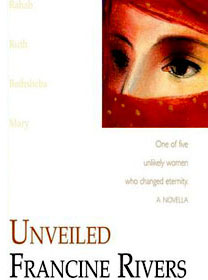 Based on Tamar; a young woman, forming a part of Jesus’ lineage taking the society by surprise. Francine has done justice to all her novels by keeping novelty in each and every one of those. One could experience a nice historical reading after completing this book but not the greater possession that is felt by reading other books of Francine Rivers in the same genre.