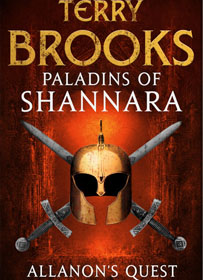 Fantasy has never been better!

Fantasy is a genre that has originated long ago but has a special place in our heart even today. This genre keeps your thoughts flowing and imagination running wild. One never knows what to expect with fantasy novels. Now, Terry Brooks is known for his fantasy novels, as he specializes in epic fantasy in particular. Because of this, we decided to take you on this epic adventure along with us. Grab your wands and swords (You can choose), and sit back as we break down ten Terry Brooks books that make us crazy.

1. The Sword Of Shannara 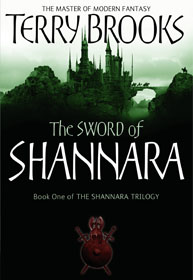 A sword-and-sorcery narrative told way before Brooks became the best selling living fantasy writer, The Sword Of Shannara tells the tale of three comrades very similar to Lord Of Rings, as they must undertake a desperate journey into a kingdom of dread under the guidance of a mighty seer, while their threatened homeland confront the approaching darkness. With illustrations in the pit, the book gives fantasy lovers something to look up to. 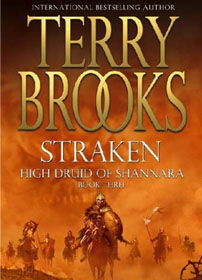 Adding another arrow to his Shannara series, Brooks drafts another book to a series that has been extremely profitable to him in the past. In this trilogy series Brook chronicles the adventures of Pen Ohmsford as he seeks to rescue his aunt, the High Druid Grianne Ohmsford.

3. Legends Of Shannara: Bearers Of The Black Staff

Being the first book in the Legends Of Shannara series, Bearers Of The Black Staff focuses mainly on the beginning or the genesis of the entire Shannara series where it continues to go over the post-apocalyptic evolution of our world and somehow connecting it to the fantasy world of Shannara in different ways throughout. This particular book can be read without prior knowledge of the previous series however, avid readers may benefit the enjoyment of references from the other books.

4. The Dark Legacy Of Shannara 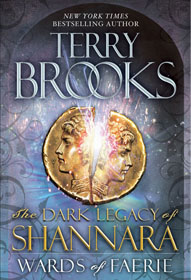 Having a slower pace and buildup than the previous books, The Dark Legacy Of Shannara provides one with an enticing reading experience. Although terry brooks books are usually full of purpose and stand strong on it’s own, this one in particular felt like the beginning of something fresh and full of a new purpose. This one takes one back to what seems like virtually the beginning of the world that is Shannara, which is ideally our world itself but thousands of years into the future.

5. The Fall Of Shannara: The Black Elfstone 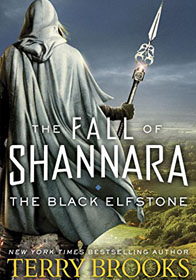 With this book, Brooks ushers his readers into the ‘old brooks’ and the way he drafted his work before in the early years of Shannara. With The Black Elfstone, as he ushers into the end of the series, readers have stated they were eager to see what kind of ending he provides to this magnificent series.

Twenty eight novels after the first installment comes Allanon’s Quest. This is a fun and exciting short story from Brooks focusing on a character called, “Allanon” who is determined to make his fate as he must take a quest to find the last heir of Shannara. The story continues as Allanon attempts to find Eldra, someone who may be able to help him with the secrets to be unveiled.

7. Legends Of Shannara- The Measure Of Magic 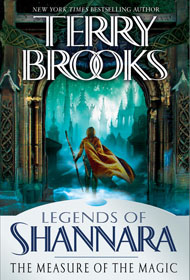 A follow up to the first installment, The Measure Of Magic possesses a sort of different feel and approach than the previous one. Panterra finds himself as the bearer of the black staff and a new character: The ragpicker is introduced which gives the story a lift. 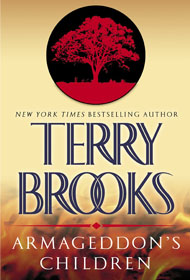 Armageddon’s children is a short story which is a part of the Genesis Of Shannara trilogy which takes place in an apocalyptic world around the year 2100 (about eighty years after the novel  Angel Fire East). The story focuses on the now world of Shannara, that is going through a massacre by the demons and monsters that run it. As brooks’ books are a futuristic and enchanting adaptation of the real world, this story in particular tells of The Ghosts, a group of children hiding out in Seattle, United States. 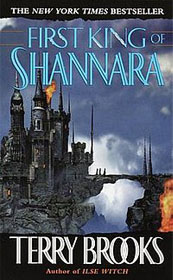 A prequel to the book, The Sword Of Shannara, First King Of Shannara focuses on how horrified the Druids at Paranor were when they were faced by particular upshot. The story moves forward as they decide on focusing on the sciences of the “old world” which probably meant the technology and methods of research used in our world of today.

10. Running With The Demon 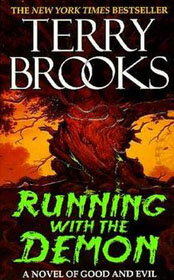 The first book in the Word & Void fantasy series, Running With The Demon goes through with a plot with Nest Freemark, a timid fourteen year old who lives with her grandparents Evelyn and Bob in the heart of Illinois. The story continues with the several consequences that Nest must endure in order to learn the truth about her lineage and the power she holds within.