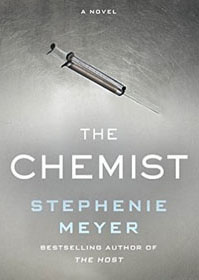 Fantasy can take you out of your predefined notions and reflect something which is not visible to bare eyes. In this world of harsh realities we have a right to find a peaceful corner, it might be your terrace, or garden, or a fantasy book which ultimately depends on your mood and past experience. As far as fantasy world is concerned Stephenie Meyer’s name needs no introduction. Stephenie Meyer books have earned praise from each and every fantasy book reader. Her elegant writing style is a perfect mix of romance and creativity at its best. She has produced many jewels of literary excellence the 5 best Stephenie Meyer books have been illustrated here: 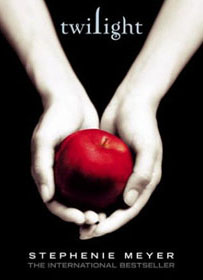 This blockbuster novel’s theme revolves round a small-town girl named Bella who falls in love with Edward (a Vampire) who reciprocates her feelings with equal intensity. This mismatched love demands herculean efforts to make their relationship survive. Their love blossoms amid secrecy with time until vampires from a different clan forcefully enter into their lives and territory making Bella and Edward worried about her survival. What seemed like an easy going love story becomes a dangerous race for survival. 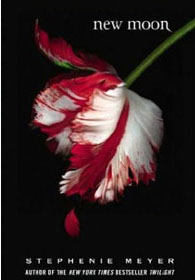 What follows twilight is another marvelous Stephenie Meyer book, well-crafted novel “New Moon”. As its name suggests this masterpiece represents darkest phase of Bella’s relationship with Edward. Since Bella is a girl who is protected by Cullen’s, a vampire family, becomes an irresistible temptation for bloodthirsty Cullens’. In order to protect her from themselves, Edward break-ups with Bella citing non-existing reasons. Revenge of James’ death makes Victoria passionate about finding and killing Bella. Sacrifice coupled with love doesn’t allow Edward to live in peace. Dark phase has many twists and turns, surprises mushrooming at each critical phase. 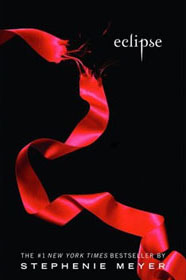 Another artistic excellence preceding New Moon is Eclipse. Jacob, a werewolf, is attracted to Bella and conveys his feelings which are turned down. Bella considers him just a friend while at the same time decides to marry Edward. Victoria comes back into limelight with her Vampire army that creates a wave of horror and panic in Forks due to constant murders. Her desperation in finding and killing Bella takes Victoria closer towards her decimation at the hands of Edward. Bella’s decision of choosing Edward is painful for Jacob yet he is willing to die for her. Love, sacrifice, revenge, suspicion are woven into a terrific plot that is full of suspense. 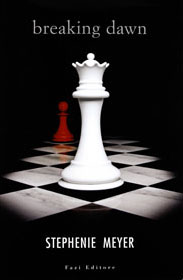 This is the last novel of Twilight saga that gives us what we desired, Bella gets married to Edward and things are back to normal with their honeymoon and ongoing peaceful life. Complexities arise when they find out that Bella is pregnant with fetus possessing symptoms akin to a vampire. Bella’s body breaks down with each passing day during her pregnancy making Edward pessimistic. Birth of their baby, Renesmee, is mistaken to be an immortal child by Volturi, who ultimately decides to kill her and Cullens’. This complex yet appealing story is difficult to narrate however it is successful in creating suspense in minds of readers.

Twilight saga is a matchless work, written with once in a lifetime flair and uniqueness. Reading twilight saga books takes a reader into an unseen world of fantasy which is always present in our subconscious mind. Readers who need a break from reality should listen to their intuitions and try these books to feel difference from what they have read before. Stephanie Meyer books enlighten a new sense of fantasy into souls of its avid readers. Everything seems to be like a fairytale, emotions are in abundance, deceits are at its best.

Unlike other novels of Stephenie Meyer this novel has nothing to do with Vampires but it is rather a thrilling novel that is based on story of survival. An ex-agent of US secret service suddenly becomes her employer’s target. She is on a run, chased by deadly agents of her own past organization. This fast paced novel forbids us to leave it without completing it as a whole.

Stephenie Meyer has already earned an everlasting fame in the world of fantasy writing, thanks to her indomitable spirit of never resting until writing the best.