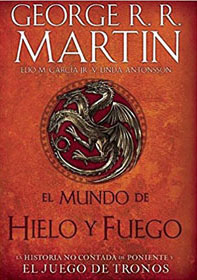 There might not be a single soul who has not fantasized a world like the one shown in the popular HBO series, A Game of Thrones. The man behind all the magic is George RR Martin. Dark, shady characters set in a plot spewing fantasy, horror and science fiction is typical of George RR Martin books. His novels and short story books have won many Hugo awards. 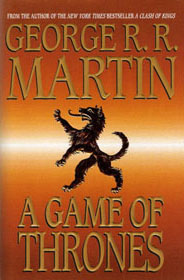 Nothing beats the best book of the fantasy series, A Song of Ice and Fire. Adapted into T.V series and many games, this fantasy novel is indeed the best of the works of George R.R Martin.

Three different stories are running simultaneously in a world beaten up by weird weather cycle. Lord Ned is summoned to the new advisor though he is reluctant to take the job. His family is entangled in a web of conspiracies and Lord Ned discovers much more than he has bargained for. To cover up the incestuous relationship between the Queen and her brother, the King is killed. Ned is in search of the rightful heir of the throne but war is at the brink when all lay their claim on the throne. Pet wolves and dragons, unimaginable warriors, magic, love, treachery is just few of the wide ranged things that the reader stumbles upon in this book. 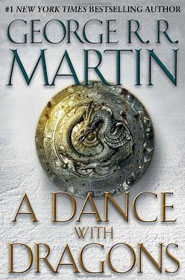 It is the fifth series of the fantasy series by George RR Martin, A Song of Ice and Fire. The bastard son of Stark, Jon Snow is the Lord Commander of The Night’s Watch is riddled with enemies within The Wall and he has to fend them all to protect his turf and to find Alys Karstark in The Winterfell. A self-proclaimed queen Daenerys Targaryen in the east rules with her three dragons. All fight their way through the treacherous and deceptive road filled with ambitious people, to the throne. 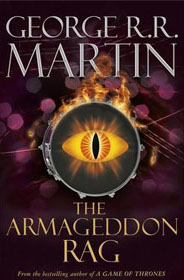 It is a crime fantasy novel that involves supernatural theme embedded in a murder mystery. A rock band promoter is brutally murdered and his heart missing. Soon the murder is linked to the famous rock band Nazgul which disbanded 10 years ago.  The correlation between the murder of rock band promoter and the lead singer of the band Patrick Henry is established by an Investigator, Sandy Blair. Nazgul reunites and Blair becomes their press agent. A dark power is about to be unleashed by the band together which could be the answer to the two murders.

It is a highly illustrated sub novel, based on the series, A Song of Ice and Fire, written by Martin and his associates. This book is about a single territory of the world depicted by Martin in his fantasy series. The history of Westeros is very well told by illustrations and all the events that led up to the present day struggle of the Starks and the Targaryens can be found in this this book. All the myths and stories about the history of Westeros are new and very well corroborated. 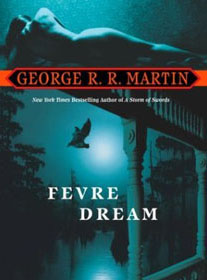 A very different book by George RR Martin, it is the story of an atypical vampire.  Set in 1857, the plot starts with the friendship of a rich man Joshua and steam boat captain Abner. Their association benefits Abner, helping him to launch a new steam vessel, named Fevre Dream. As both work as co- captains of the vessel, Abner notices some strange activities of Joshua and his friends. This suspicion leads him to confront Joshua, who admits that they are a new cult of Vampires who are trying to develop a potion that can help to curb their need for human blood. Situation goes out of control when an ancient vampire takes over the vessel and a bloody game starts.