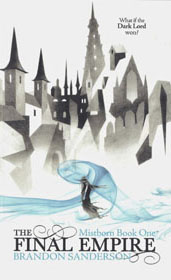 If someone is looking to get lost in a mythical, fantasy filled world including supernatural powers and god like beings, then their search can well culminate in Brandon Sanderson books. Brandon Sanderson (born 19th December 1975) is a new age American writer who has authored epic fantasy series in the most fabulous way possible. Someone who is skeptical of getting hold of one such fantasy epics can be assured of the fact that these books are nothing short of genius. Each plot is so intricately created that they surpass all expectations of realism. Here’s a list of the best Brandon Sanderson books for a fantasy filled adventure: 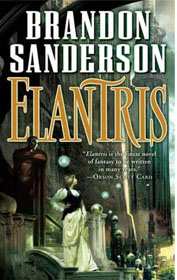 Set in one of the worlds of Cosmere system of planets, it tells the tale of a hypothetical and magical kingdom called Aerlon. Most of the story is about the plight of magical and immortal beings called Elantrians, the majority in the Aerlon kingdom. They are cursed by Hrathen, a high priest who wants them to convert to Shu-dereth religion or suffer. The prince Raoden and his bride to be, Sarene, race against time to find an answer to the curse and rebuild his empire.

It is a fantasy novella. Both Elantris and this book share the same world. The plot starts with the imprisonment of a magical forger and thief called Shai. She is allowed to go free on only if she fulfills one condition, to forge a soul for the Emperor who lies comatose and has no hope of recovery. With the help of one honest royal Nobel, Gaotana, she agrees to create her greatest feat.

It’s a short yet intriguing piece of work by Sanderson, which can be enjoyed even without reading all the epic series. 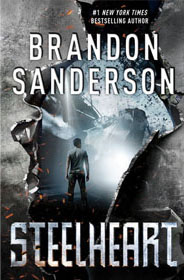 This book is the first part of the Reckoner’s series, set on earth. A series of explosions in the sky give rise to power packed particles known as the Calamity. It provides superhuman capabilities to common people. These people, known as Epics, rampage the world and enslave all human beings. The government collapses and everything goes into their hands. The hero of the story, David, narrowly escapes death during a freak incident involving the Epic called Steelheart. With his father killed, he grows up studying all the weak points of Steelheart. Now, a group of humans led by David are at war against the Epics and restore peace on earth.

The power passed on to the next generations is known as Allomancy, which becomes weaker with time resulting in the creation of Mistlings and Mistborns.

The evil resurfaces and three disciplines of magic known as the Allomancy, Feruchemy and Hemalurgy clash. A wild young man, Kelisar, with his apprentice Vin, is on the quest to raise the empire to its former glory. Fully packed with jaw gripping adventure, it portrays love, despair and loss, all in one volume.

It is the first of another series known as the Stormlight, within Cosmere.

Though the characters are very individualistic, living very unconnected and different lives, the story brings them all together in a very schematic manner through a series of events.

Szeth is a shin man, who is ordered to kill the kill the king of Alethkar. He tries to hide the fact that he has the powerful Sharblade, which has the ability to cut through anything and can bind metals too.  This is a power given only to the Knight Radiants. The slain king’s brother is directed to a tomb known as The Way of Kings.  He encounters visions of Knight Radiants that help him to find many answers. Evil powers in the form of Void, breaks hell loose in the kingdom. The Knight Radiants is resurrected to wage a war against Void and save the world. Each part of the story is depicted from the point of view of all the important characters. Fantasy as it is, tries to bring out the evil nature and virtues of all of the characters, just like the ones we have within us.