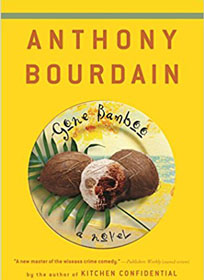 An American chef and author of numerous books, Anthony Bourdain is best known for hosting Travel Channel’s programs on culinary and cultural adventure. His career trajectory is admirable with professions ranging from a dishwasher to chef on both sides of the Atlantic. His articles and essays have featured in The New York Times, Maxim, Esquire and Financial Times. Between 2012 to 2016, he even served as an executive producer for numerous episodes of ‘The Mind Of A Chef’. The ‘culinary bad boy’ is boisterous with his explosive books on food that go on to become the best sellers. He is notorious for his put-downs of celebrity chefs. Here is a list of 10 Anthony Bourdain books to inspire you to cook up a storm. 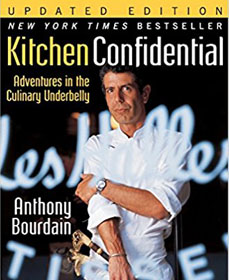 It is one of the New York Times best-selling non-fiction book, full of interesting anecdotes inspired by the professional stories from Bourdain’s life. The book hops between a confessional narrative and a humorous but insightful commentary on the culinary industry. The book warns the readers of the subtle tricks played by various restaurateurs like serving the remnants of meat from the weekend on Monday. Despite gripping tales from the culinary industry, this book carries long cynicisms on the state of the restaurant business in New York which may sound quite mundane for a reader from Asia or Europe. 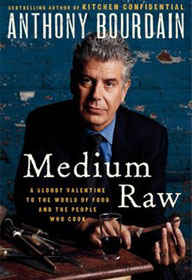 ‘Medium Raw: A Bloody Valentine To The World Of Food And The People Who Cook’ is the follow-up book of ‘Kitchen Confidential’. It was published in 2010, 10 years after the release of the first book. It highlights how the culinary industry changed in the past decade. However, he notoriously leaves several cynical comments on fellow television chefs in the book. The book received mixed reviews among the critics, some calling it brutally honest while others perceiving it as redundant. 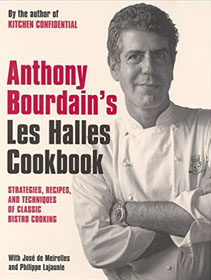 If you are in the pursuit of mastering your culinary skills, this book can give you the insight to becoming a great cook. Like other Anthony Bourdain books, the cookbook contains several anecdotes. For example, he narrates how several Mexican cooks at Les Halles started their career as dishwashers or night porters. He emphasizes self-confidence and building healthy relationships with a bunch of people like the butcher, fishmonger and manager to become a successful cook.

4. No Reservations: Around The World On An Empty Stomach 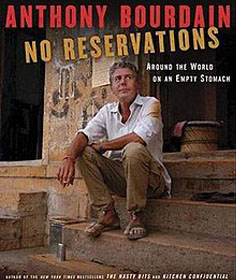 ‘No Reservations’ is an illustrated account of Bourdain’s extensive travels, ranging from New Jersey to New Zealand. If you want to know what happens when a ‘bad boy chef’ is given the ticket to roam the world, this book is a must-read for you. The book is garnished with beautiful photographs engendering a powerful visual impression.

5. Bone In The Throat 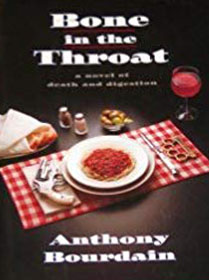 It is a thrilling Mafia caper in which the plot weaves around a young man, Tommy who aspires to be a chef. However, several critics condemned the book for its vulgar language and lack of suspense. This crime novel was later adapted into a movie. 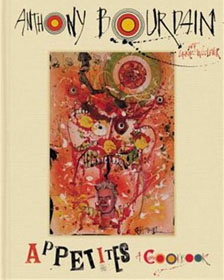 This cookbook contains the recipes that Bourdain developed over time. In fact, many of the recipes are the ones that he used to cook for his family and thus, this book found a great connection with the readers who could actually cook them.  The literary style is pithy but spot-on. 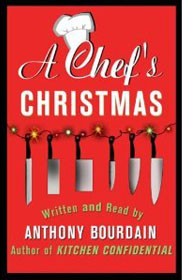 This book is a rare departure from Bourdain’s non-fiction genre. The plot reverberates around the Restaurant Saint Germain. The crew of this once famous and bustling restaurant finds themselves clueless and miserable on the Christmas eve when they saw the empty dining room on December 24. While things were falling apart for the restaurant, there seems to be a hope in the newly prepared dishes by the Chef Rob Holland. Nevertheless, this book has vivid descriptions of world-class gourmet with raw vocabulary.

Published in 2002, the book is full of dark comedy.  The plot centers around the couple, Henry and Frances, who were living an ideal beach life in the Caribbean. There is a lot of booze, sun, sand and sex. The story takes a different turn when a US cop relocates to the island. 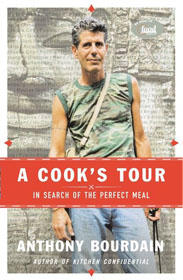 Published in 2001, this is a New York Times bestselling book. This book features anecdotes based on Bourdain’s personal experience as a native in various countries. The book was adapted into a TV series featuring Bourdain. It was named Food Book of the Year by the British Guild of Food  Writers in 2002. 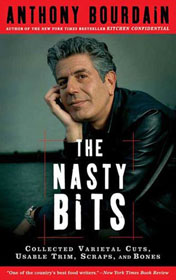 A non-fiction, published in 2006, is a collection of 37 beautifully crafted essays and anecdotes, mostly oscillating around food. The visual imagery and backdrop of the events can take you all over the world. There are opinions and applause for people, say the Latinos who cook some of the finest dishes in America. Bourdain classified the content into one of the five traditional flavors: salty, sweet, sour, bitter and umami. Bourdain’s prose is utterly riveting and the vivid descriptions literally jump off the page.

Anthony Bourdain is culturally sensitive and observant. Although he may seem quite cynical in some matters like veganism and celebrity cook culture, his observations are spot-on. Nevertheless, Bourdain is a torchbearer of gastronomic revolution.