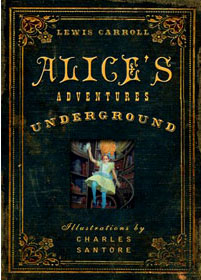 Apart from his famed book Alice’s Adventures in Wonderland, Lewis Carroll has written many more popular novels. Through his gifted hold over English and sheer perseverance he has managed to surprise people with bringing out most popular novels one after another. With his profound interest in kids he took up writing on kids. No other writer has successfully dominated the minds of kids than Lewis Carroll. His clear and compact writing with beautiful pictures has found his everlasting appreciators from all directions. Here is a list of Lewis Carroll books. 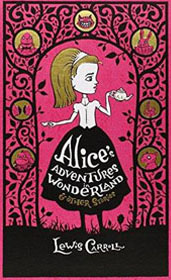 Initially while being a child I thought this book to be very much fascinating and its true features were understood by me only when I developed my interest in reading it. Lewis’ creativity in narrating a story takes everyone by great joy as they find themselves enlightened to be a witness of Lewis Carroll’s artistic excellence. This book is recommendable to adults as well since excitement unleashed is incomparable to other books. Protagonist Alice accidently becomes the part of a fantasy world which brings great moments for her along with dilemmas occasionally. What she does there and how she comes out of it is a great journey that is deserved to be known by all by reading this book?

2. Through the Looking Glass and What Alice Found There

Carroll expurgated certain characters from its original novel and wrote a sequel to Alice’s Adventures in Wonderland. Though this book is a sequel to original one yet it failed to gather much attention as compared to its predecessor. Alice, a young and spirited girl, is cynosure of all eyes when she entered the fantasy world. Carroll beguiled the readers by introducing some new concepts like Chess game and looking glass. The latter one was preferably cogent. Even though the book being written in 1800s it has created such fanfare that cannot be replaced in any way akin to usual to Lewis Carroll Books.

3. The Annotated Alice: The Definitive Edition 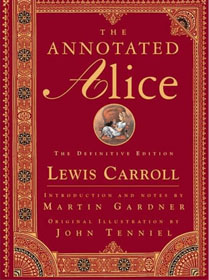 Carroll has been fastidious enough to anticipate and later include some modifications in original book. Flow of the story is continuous and very infectious to a new reader. Alice’s transformation into different sizes fascinates every reader who enamors the Alice’s character with much affection. She soothes her anxieties by becoming actively involved with the characters of that fantasy world. All characters have done justice with their part being introduced at the right time. While reading the book a normal feeling creeps into minds of readers wishing the book to never end at all. Alice’s journey seems to be cakewalk when she decides to challenge the fate with her insurmountable passion. Book is sedative and doesn’t let readers to delay its reading. 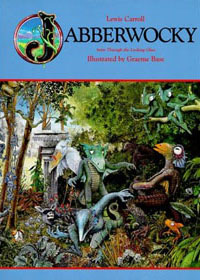 It is rather a poetry book loved by children and appreciated by adults. Writing style of Carroll is appreciated by all hence being actively grabbed by active readers. Kids like its theme that inspires them by the inclusion of heroic theme. Vast experience of Carroll has enabled him to write a perfect poetry with rather occasional use of difficult words. Kids’ anticipation of thrilling plots is successfully described in a slow but gripping pace. This book has rightfully earned attention among kids’ who cannot dare to believe about the possibility of their upbringing without the existence of this book. Jabberwocky is a basketball player who is competing with his diehard opponent Vorpal Sword. Their battle and tactics are best explained with every written word in this novel.

Carroll has done all the hard work in narrating a beautiful story with a small girl Alice as a protagonist. Each and every kid wishes to read this book to feel the Carroll’s artistic genius. More or less it can be considered as a slightest modification to Carroll’s original or first book on Alice. This time around he has written more fascinating plots. His concise writing is his main weapon which in turn draws more and more kids towards it. His paragraphs are short and sprightly. Thoughts that accrued in Carroll’s mind after writing his first magnificent book has rightfully been included in his another masterpiece.

It is apparent to understand that Lewis Carroll books incite a great deal of bliss in not only kids but also adults. People have rightfully considered him a “Wizard of writing” that has been proved with his hard and interesting work.